The US State Department released its annual Country Reports on Human Rights Practices, shedding light on the global human rights situation in 2019.

In a speech presenting the new report, US Secretary of State Mike Pompeo stated that writing the report was “a broad and challenging mission, but human rights are at the core of what we believe as Americans, and so we have to execute this well.”


Highlighting abuses in China, Venezuela, Cuba, and Iran, Pompeo told the story of a 27-year-old Iranian engineer who was fatally shot in the head at an anti-government protest. Pompeo addressed the “great Iranians,” saying he wanted them to know that “America remembers those lost and stands for their freedom.”

“Experience teaches that government officials who oppress, abuse, and tolerate the denial of the human rights of their own people are also responsible for creating social environments that are ripe for both economic and humanitarian crises, and that encourage corruption, violent conflict, and terrorism,” Pompeo added.

Iran
The Iranian government was accused of killing around 1,500 people and detaining over 8,600 in response to anti-government protests in November.

The US State Department reported that there was “no indication government entities were pursuing independent or impartial investigations into protester deaths.”

Human rights abuses in Iran included executions without fair trial and for crimes “not meeting the international legal standard of ‘most serious crimes’,” including minors put to death. Aside from abuses including killings, forced disappearances, torture, and systematic imprisonment, Iran is accused of holding hundreds of political prisoners in “harsh and life-threatening prison conditions.”

The recruitment of child soldiers for the war in Syria, human trafficking and the violent targeting of ethnic, religious and sexual minorities were reported among dozens of additional abuses.

The Iranian government also reportedly “contributed to human rights abuses in Syria” by supporting Syrian President Bashar al-Assad and the Hezbollah terror group. Similar situations occurred in arenas including Yemen and Saudi Arabia through the support of Houthi rebels.

Israel
The State Department’s report criticized Israel for “significant human rights issues” including “arbitrary detention; restrictions on non-Israelis residing in Jerusalem including arbitrary or unlawful interference with privacy, family, and home; and significant restrictions on freedom of movement.”

The human rights report stated that there had been reports of “unlawful or arbitrary killings, including allegations that deaths of Palestinians in the course of Israeli military operations were due to unnecessary or disproportionate use of force.”

Additional alleged abuses included reports of torture, interference with privacy, restrictions on free expression and the media through censorship and “significant restrictions” on freedom of movement, including the requirement of exit permits.

The Israeli government received praise for prosecuting and punishing officials behind abuses “regardless of rank or seniority,” thus stressing that, while abuses did allegedly occur, they were not conducted in a systematic, government-sanctioned manner.

Palestinian Authority
The Palestinian Authority (PA) was reprimanded for a series of human rights abuses in the PA-governed areas of Judea and Samaria, with the PA accused of killings, torture, detention of political prisoners and detaining people for participation in foreign investment conferences.

Additional abuses highlighted included several cases of restriction of freedom of expression and assembly, attacks on the media and NGOs, violence against LGBTI persons and forced child labor.

Violence motivated by anti-Semitism also featured in the report.

While the PA had undertaken “some steps to address impunity or reduce abuses,” senior officials were criticized for making comments glorifying violence and influencing investigations and disciplinary proceedings.

The PA’s Foreign Minister Riyad Malki strongly criticized the US for listing the Arabs of Jerusalem as “Arab residents” and not as “Palestinians.” The report discussed Jerusalem’s Arabs rights and labeled them as “non-Israeli citizens” as well.

Gaza
The Hamas terrorist group, which controls the Gaza Strip, was also accused of abuses including killings, torture, detention and restricting freedom of expression.

Abuses in Gaza also included “violence motivated by anti-Semitism,” the use of child soldiers and violence against LGBTI persons.

The US State Department noted that in 2019, together with the Islamic Jihad terror group, terrorists from Gaza launched 1,340 rockets and mortars at Israel, killing six and injuring over 150 Israeli civilians.

The US State Department utilized information from US embassies and consulates abroad, foreign government officials, non-governmental and international organizations, jurists and legal experts, journalists, academics, labor activists, and published reports, to compile the report, a statement by the State Department read. 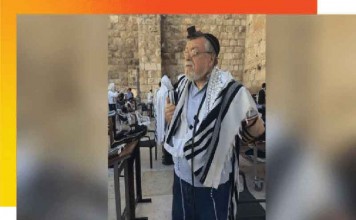