The family of Hadar Goldin refused to meet with UN Secretary-General António Guterres during his visit to Israel. According the family, they refused to meet him in a rushed write-in meeting stuck in between his other meetings.

The family said they will set up an organized meeting with Guterres in New York in two weeks time at the UN, and not a rushed meeting in Israel.


Hadar Goldin’s body was stolen by Hamas during the Gaza war in 2014 along with the body of Oron Shaul and they still have not been returned. 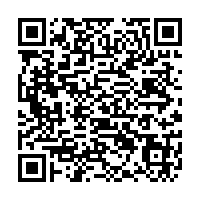