Ideas online have a way of going from zero to one million in 60 seconds, and so, shortly after two women who support Democratic presidential candidate Bernie Sanders complained that dating app Tinder locked their accounts a couple of weeks ago, for sending pro-Sanders messages, Bernie Sanders supporters launched their very own dating site, “Bernie Singles.”

Berniesingles.com is trending big time on Facebook, Twitter and Reddit, the site owners said they received 1,000 members in the first hour, to the point where their server couldn’t handle the traffic, and fans were asked to hang on while the server was being upgraded, and meanwhile, why not go like the new site on Facebook.


Their Facebook page promised they’d be back and dating by Wednesday night, but as of early Thursday morning, the website message is still, “We have our team working nonstop,” and “You can donate to get us online faster!”

Now the Democratic brass has something to worry about, because it’s becoming clear that the next generation of Democrats, women and men alike (it takes both to run a dating site), are going cuckoo for Bernie’s cocoa puffs and won’t touch Hillary’s Quaker Oats. It also means that Sanders has ignited the imagination of the left, and just as candidate Obama drew Black voters who had never voted before, so does Bernie bring in leftist voters who skipped election day because they stopped caring.

Now, here’s a tough question: would you want to date someone from Trump singles? Just asking… 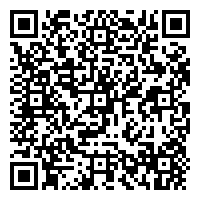