Less than a month after Prime Minister Benjamin Netanyahu addressed the need for developing cyber defense technology at the Cyber Tech Convention in Tel Aviv, the United States faces a challenge on home ground.

Apple CEO Tim Cook has opposed a court order to unlock the iPhone 5c used by the terrorist who murdered 14 people in cold blood last December in San Bernardino, California.


But the order issued Tuesday by Magistrate Judge Sheri Pym of the U.S. District Court for Central California supported an FBI claim that Apple’s help is needed to unlock the phone.

Cook called the order “an unprecedented step” in an open letter on Wednesday.

“We oppose this order, which has implications far beyond the legal case at hand,” he wrote.

“The government is asking Apple to hack our own users and undermine decades of security advancement that protect our customers – including tens of millions of American citizens – from sophisticated hackers and cyber criminals.”

The Apple executive added that the company “has no sympathy for terrorists.” Apple provides data upon presentation of a search warrant, he said. But the encrypted data of Farook’s phone, he claimed, is no longer within reach.

The company designed the system in 2014 in such a way that it does not hold the key to unlock the software.

Likewise Google designed a similar smartphone software system at the same time, in which it does not hold the key to unlock the encryption.

Both firms deeply angered American security officials at the time: FBI director James Comey was quoted by U.S. News and World Report at as saying “There will come a day … when it will matter a great deal to the lives of people of all kinds that we be able to with judicial authorization gain access kidnapper’s or a terrorist or a criminal’s device.”

Syed Rizwan Farook was killed in a shootout with police along with his wife and fellow terrorist, Tashfeen Malik later that day. But he left his phone, which might provide clues to what motivated the couple’s murderous rampage.

The only problem is, the phone is locked. A security mechanism on Apple phones automatically erases the data after 10 failed attempts to guess the password. The FBI so far has failed to access the data. 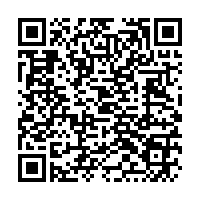