Yet another Gaza tunnel collapsed on Monday afternoon in the Shuja’iyya neighborhood east of the center of Gaza City, burying at least one terrorist, Al-Salam Ayed Al Batniji, 36. Hamas reported that the collapse resulted from a work accident.

On Saturday night, the Gaza civil defense found the bodies of two Arab terrorists, both in their twenties in a flooded tunnel, a few days after Egyptian authorities had pumped seawater into the tunnel.


Seven Palestinians were rescued and at least one drowned last Thursday in the city of Rafah after Egyptian authorities flooded that tunnel.

Most of the casualties have been members of the Al-Qassam Brigades, the Hamas military wing.

It isn’t clear yet what or who is behind the succession of tunnel collapses in the past two months. In addition to the theory that the IDF and the Egyptian military have come up with a reliable method to locate and destabilize the tunnels, the winter weather could also explain this phenomenon, coupled with the flooding. According to NRG, Hamas has had a hard time convincing experienced, quality tunnel diggers to do the job, and has been relying on cheap, badly trained workers.

During the 2014 Gaza war, Shuja’iyya was heavily shelled by Israeli forces, and as many as 120 Arabs were killed, as well as 13 Israeli soldiers. Israel explained that the neighborhood was targeted because 8% of the rocket attacks by Arab terror groups against Israel originated there, and because the area had many tunnels crossing into Israel. 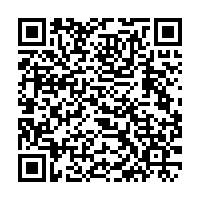