The head of the supreme security committee in Benghazi, Libya, quit his position on Wednesday, citing tension between the ministry of interior and the security services.

In an interview with AFP, Fawzi Wanis al-Kadhafi said he decided to resign because “working conditions are not the same” since ex-rebels who overthrew Muammar Qaddafi last year re-established the committee.


On Monday, Libya’s interior minister fired the deputy interior minister for the eastern region and the head of national security for Benghazi, a week after US Ambassador Christopher Stevens and three other Americans were killed after the US embassy was attacked with rocket-propelled grenades.

Initial reports suggested the attacks resulted from outrage over an anti-Muslim film produced in the US, but experts say the riots may have been pre-planned with Al-Qaida support.

In a statement, Al-Qaida praised the killing of Stevens as “the best gift you give to his arrogant and unjust administration,” and urged Muslims to continue violent uprisings “and to kill their (American) ambassadors and representatives or to expel them to cleanse our land from their wickedness.” 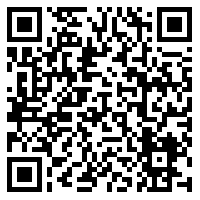