Israel’s COVID-19 vaccine, called Brilife, is expected to be ready for public use by summer 2021, according to Friday’s report by the Channel 12 news team.

(Brilife is a combination of the Hebrew word for health – “bri’ut” – and life. It also includes the international abbreviation for Israel – IL – as well as the four letters that comprise the acronym for the lab at which the vaccine is being created: IIRB.)


On a typical Israeli gamble that all will go well in the clinical trials, some 15 million doses are already being produced.

Nevertheless, the government is not taking any chances, and is covering its bases. In case all does not go well, health officials are still looking into Russia’s Sputnik V COVID-19 vaccine.

Netanyahu: Israel to be Among First to Receive New Vaccines

Human trials of the Brilife vaccine developed by the Israel Institute for Biological Research under the Ministry of Defense began earlier this month.

So far, volunteers who were inoculated with the vaccine have not experienced any side effects, according to the Channel 12 report. Phase I clinical trials, which involved about 80 healthy volunteers ages 18 to 55, are just being completed.

Phase II trials are expected to test about 1,000 volunteers ages 18 to 85, involving some eight hospitals around the country. This time around, volunteers with preexisting medical conditions will be included in the trial.

If all goes well in Phase II and there are no dangerous side effects from the vaccine in that trial, researchers will move on to Phase III and administer the vaccine to some 30,000 volunteers, expected to begin some time in April or May 2021.

If the vaccine proves effective in Phase III and there are no dangerous side effects during that trial, Brilife will then be approved for release to the public.

But just in case the vaccine does not prove effective, Prime Minister Benjamin Netanyahu has already made deals with Pfizer, AstraZeneca and Moderna to purchase millions of doses the vaccines produced by each – enough to provide coverage for the entire population of the State of Israel. 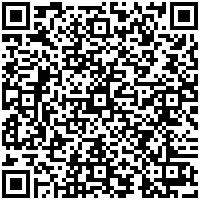