“I am sure you have heard the excellent news from Moderna,” Netanyahu said, “that it has developed a vaccine for the coronavirus with an efficiency of 94.5 percent.


“As early as June I confirmed with Health Minister Yuli Edelstein the signing with Moderna on the supply of vaccines to Israel, which will be one of the first countries to receive the vaccines,” the prime minister went on. “My goal is to bring as many vaccines as possible, from as many sources as possible, to as many citizens as possible and as soon as possible,” he said.

“Last Friday we also signed an agreement with Pfizer for eight million vaccines for four million citizens,” he said, adding that he had also spoken recently with Russia’s President Vladimir Putin “about the possibility of acquiring the Sputnik 5 vaccine. We will discuss this in the coming days,” Netanyahu said.

The Moderna Study
Moderna’s Phase 3 COVE study was designed in collaboration with the FDA and NIH to evaluate Americans at risk of severe COVID-19 disease, the company said. The trial is a randomized, 1:1 placebo-controlled study testing mRNA-1273 at the 100 mg dose level in 30,000 participants in the US, ages 18 and older, being carried out under Operation Warp Speed.

The 30,000 study volunteers, all of them ages 18 and older, included 7,000 Americans over the age of 65, and more than 5,000 Americans (representing 42 percent of the total participants) who were under age 65 but who had high-risk chronic diseases that put them at increased risk of severe COVID-19, such as diabetes, severe obesity and cardiac disease.

The study includes more than 11,000 participants from communities of color, representing 37 percent of the study population, which is similar to the diversity of the US at large. 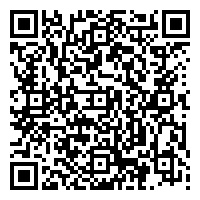