Actors will portray the major personalities of the founding fathers and mothers of the State of Israel this coming Independence day in a re-enactment of the nation’s signing of the declaration of independence which took place on May 14, 1948 at Tel Aviv’s Independence Hall – at that time, the Tel Aviv Museum – on Rothschild Boulevard.

The event, to be held in honor of Israel’s platinum jubilee, the country’s 70ths Independence Day, is the flagship project of the Ministry of Jerusalem and Heritage and the World Zionist Organization (WZO).


The proceedings will be streamed live on Facebook, and projected on to huge screens in Rothschild Boulevard as well.

Precisely as it took place back then, an actor portraying David Ben Gurion – the soon-to-be first Prime Minister of the nascent State of Israel – will open the final meeting of the People’s Council of the Yishuv, soon to become the Provision Government of the State of Israel.

As it was in 1948, the ceremony will begin with a rendition of HaTikva, Israel’s soon-to-be national anthem, followed by “Ben Gurion” reading the Declaration of Independence. This will immediately be followed by an actor portraying Rabbi Yehuda Leib Maimon reciting the Shehechiyanu blessing – a prayer for momentous and special occasions. The 25 actors portraying those who signed the Declaration of Independence will then rise, in alphabetical order, to inscribe their names to the nation’s first official document, led by “David Ben Gurion.” The “meeting” will then conclude with a final rendition of HaTikva – as it did in 1948.

The plan – as it stands now – calls for the Israeli public to be invited en masse for a celebration at Rothschild Boulevard in Tel Aviv, which will be decked out for the occasion.

“We’ve created the event so that Israel’s citizens can experience the enormity of that historic event,” explained Jerusalem and Heritage Minister Ze’ev Elkin.

A budget has already been approved for the event, and the plan already launched. Actors have yet to be selected. 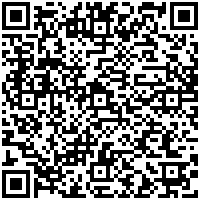