The marriage of Ferdinand of Castile and Isabella of Aragon in 1469 united the major Spanish kingdoms and provinces, and now on-paper created a country! Spain!


Yet, regional differences, social discord, and strife still boiled over from the years of war and division. The monarchs searched for a solution to the intense violence overrunning the new country, and came up with a strategy that has succeeded in every century in every country throughout history – a crusade (in this instance, with a small “c”) against a common enemy, the Jew, or in Spain of 1479, the Conversos/Marranos or “New Christians”.

Ferdinand and Isabella pleaded with Pope Sixtus IV to help them strengthen Spain and fight those who imperiled the entire kingdom – the dangerous false Christians who surely held Judaism in their hearts.

Recognizing the strength of Jewish faith, Pope Sixtus IV agreed to help eradicate any of its remnants (the “pintele yid”) along with the conversos or “New Christians” in whom even the faintest embers still glowed.

On November 1, 1478, Pope Sixtus IV issued the papal bull Exigit Sinceras Devotionis Affectus. He declared, “We are aware that in different cities in your kingdoms of Spain many of those who were regenerated by the sacred baptismal waters of their own free will have returned secretly to the observance of the laws and customs of the Jewish [faith]…because of the crimes of these men and the tolerance of the Holy See towards them civil war, murder, and innumerable ills afflict your kingdoms.”

To eliminate this menace, the Pope gave Ferdinand and Isabella the permission to establish the authority of the Spanish Inquisition, first in Castile. Aragon soon followed.

The Inquisition would unite the nation with one common religion, Christianity, and with a common purpose, eradicating hidden Jews and Judaism within its borders. An added benefit: Conversos accused by the Inquisition had their property and wealth automatically confiscated.

The Pope’s edict launched the Spanish Inquisition, and authorized Ferdinand and Isabella to appoint inquisitors to investigate converts who were suspected of Judaizing, and to bring them and their accomplices to justice.

According to Professor Benzion Netanyahu’s The Origins of the Inquisition, between tens of thousands to as many as 600,000 Jews had converted by force or voluntarily in Spain by the period of the Inquisition. Whichever number is correct, Spain had found a common enemy that could be focused upon for quite a while (about 400 years), plus a substantial source of income to fund its continued wars, its adventures, and expeditions.

The papal bull led to a royal decree two years later that reaffirmed the Inquisition’s role to search out and punish converts from Judaism who secretly kept Jewish beliefs in their heart.

And in 1483 the plan came to fruition with the appointment of one the cruelest, most malevolent men in history, Grand Inquisitor Tomas de Torquemada.

The Inquisition was underway.

Spain Terminates Applications for Jewish Spaniard Wannabes, 130,000 Get In 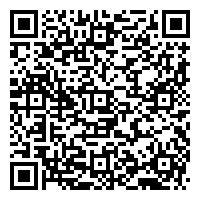