“The Netanyahus: An Account of a Minor and Ultimately Even Negligible Episode in the History of a Very Famous Family” by Joshua Cohen, previously known for his works Witz (2010), Book of Numbers (2015), and Moving Kings (2017), has won the 2022 Pulitzer Prize for fiction. The Pulitzer committee described it as “a mordant, linguistically deft historical novel about the ambiguities of the Jewish-American experience, presenting ideas and disputes as volatile as its tightly-wound plot.”

“The Netanyahus,” which won the 2021 National Jewish Book Award, is an exceedingly fictionalized account of the real period in the late 1950s when Prof. Benzion Netanyahu, Bibi’s father and the former secretary of Zeev Jabotinsky, the grand leader of Israel’s Revisionist movement, arrived in the United States looking for a job in academia.

In Corbin College, “not quite Upstate New York,” in the winter of 1959-1960, Jewish scholar Ruben Blum is enlisted into a hiring committee reviewing the application of Benzion Netanyahu, an exiled Israeli scholar who revolutionized what we think today about the Jewish community during the Spanish Inquisition. Benzion Netanyahu shows up for an interview––with his family, Yoni, Bibi’ and Ido––Blum becomes the target of relentless attacks from his guests on his American contentment.

Taffy Brodesser-Akner wrote for the NY Times: “’The Netanyahus’ presents, in addition to a dynamic and compelling story, a thorough history of the quarrels of Zionism at its founding and an account of the unimaginable thing that happened when finally the Jews had a national homeland and a place to go, when, according to the Netanyahu in this book, Jews stopped being a mythological people who wandered the earth, who were chased around the earth, and began being a people who could record their own history. They — we — were finally real.

“This seems heavy, yes. And it is! But I promise that the book is both readable and, in spots, I absolutely screamed with laughter. I hesitate to say it’s accessible, only because of the amount of unnecessarily blue-chip words that appear throughout. And here I’ll take a paragraph on just this. It was unclear to me if these words appeared as a way to convey the character of Ruben Blum — maybe as a pompous professorial type? If so, it was lost on me, since the net result was the same: I lost some of the rhythm in a Sheol of internet vocabulary searches, though, to be clear, I do not cavil at these words, lest my own lesser vocabulary stick out like a carbuncle.” 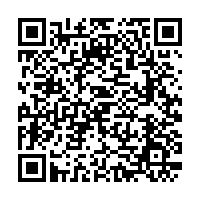