Israel’s security apparatus has formulated a range of benefits for the Palestinian Authority which include providing additional weapons to the PA security services and considerable relief in issuing permits to PA Arabs seeking work in Israel, Ha’aretz reported Wednesday. The relief steps were formulated well before the current wave of terror, and the defense apparatus now believes it can only materialize following a reduction in the rampant violence.

The recommendations were formulated at the IDF headquarters and were sent to the political leadership for confirmation. Prime Minister Benjamin Netanyahu on Sunday told US Secretary of State John Kerry during their meeting that Israel would not take the steps which the PA is seeking as long as the level of violence isn’t reduced, a senior Israeli official told Ha’aretz. During the meeting, Netanyahu toughened his positions, and actually rescinded his stated willingness to take steps in Judea and Samaria that would not be conditioned on reducing the level of tension, as he had suggested during his visit to Washington two weeks ago.

The Army believes that there is also room to significantly change the criteria for obtaining permits to enable PA Arabs to work inside Israel, so that in fact the number of these workers would increase substantially. The Army recommended reducing the minimum age for a work permit and changing the way the permits are distributed, so that a young PA Arab who was confirmed by the Shin Bet can enroll in the prospective Palestinian employee reservoir immediately, instead of having to wait until an Israeli employer seeks to hire him. 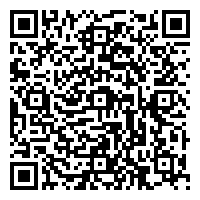