On Thursday David Cameron will advocate to a reluctant British parliament why the UK must join in bombing ISIS—which he calls “an evil death cult”—in Syria, the Financial Times reported. The foreign affairs select committee, which is run by his fellow Conservatives, issued a report demanding that diplomatic strategy drive military action, and not the other way around.

Speaking at Prime Minister’s Questions on Wednesday, Cameron said: “I am not arguing that action from the air alone can solve the very serious problem we have from [ISIS]. … We need a political settlement in Syria and a government in Syria that can act comprehensively against [ISIS]. [But] we can’t wait for that political settlement [given the growing damage and threat from ISIS].”


The PM is going to present a “full strategy,” according to the FT, including the UK’s military, economic, diplomatic and humanitarian responses—coupled with the legal basis for air strikes. The expectation is for a vote early next week on military action. Conservative whips have told the FT Cameron would need support from opposition MPs, given the fact that many Conservatives are still opposed to air strikes.

Cameron lost a House vote in 2013 on UK military action to force Bashar al-Assad to give up using chemical weapons. Since then the PM has avoided another vote on Syria which he is not certain he can win.

Initially, extreme-leftist MP Jeremy Corbyn’s rise to Labor’s leadership meant the PM could not hope to advance a pro-war vote for the time being. But the ISIS attacks on the Russian airliner in the Sinai and against civilians in Paris changed the picture considerably, and the FT reported there are now several moderate Labor MPs who have signaled their “conditional support” for Cameron’s bombing plan.

Cameron told Parliament he firmly supports “the action that President Hollande has taken to strike [ISIS] in Syria, and it is my firm conviction that Britain should do so too.” 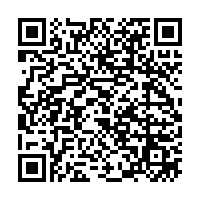