The deputy chief of staff of the Iranian Armed Forces, Major General Masood Jazayeri announced that Iran will stand by North Korea and defend it in a war between the United States and North Korea.

Jazayeri made the statement on Friday, April 5.  He blamed increasing tensions in the Korean peninsula on “excessive demands by the United States,” which he said was “tightening the noose on North Korea.”  The Iranian military leader said that those aggressive activities on the part of the U.S. left the North Koreans with no option but to confront the “big Satan.”

“The nation and government of North Korea has always been subject to threat, despotism, and imperialism by the U.S, therefore they consider it their right to boost their own defensive power in order to inhibit their enemy,” said Jazayeri.  “The time is long past that the United States can bully other countries.”

And just to make sure Americans understand he means business, Jazayeri warned that “America and her allies will suffer countless thousands of victims” should Iran and North Korea be provoked into a war with the U.S.

The Iranian commitment to stand with North Korea is another move in an escalating exchange of verbal hostilities – considered by many to be mostly posturing – and military maneuvers that North Korea, South Korea and the U.S. have engaged in over the past several months.

The regime of Kim Jung Un has been issuing increasingly threatening announcements, including its boast that it has authorized the nation’s military to launch a nuclear attack on the United States. After reports that the regime had moved its second missile to the country’s east coast, South Korea deployed two warships with missile defense systems.

Early last week the United States announced that it would deploy its advanced ballistic missile defense system  in the Pacific in a direct response to increased threats from North Korea.

While most countries with a diplomatic presence in North Korea expressed dismay over the escalating tensions, the Islamic Republic of Iran expressed its support for North Korea.

North Korea and Iran have been on friendly terms since the Iranian Revolution in 1979.

In September of 2012, the two nations signed an agreement to cooperate on “science technology and education,” which many sophisticated observers understood to mean that North Korea will be – indeed already is – assisting Iran on its path to nuclear weaponization.

A 2011 United Nations report said Iran and North Korea are suspected of sharing ballistic missile technology, and both have been sanctioned by the UN Security Council for their nuclear and ballistic missile programs. 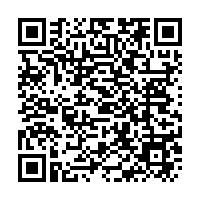