Wow. This one’s a real cliffhanger.

I’m writing this column on Purim, as the people of Crimea are at the polling stations deciding if they’re going to annex themselves to Putin’s Russia or remain part of Ukraine. By the time this is published you’ll already know the outcome. But for me it’s still in the future.


Putin’s got 18,000 heavily armed troops in the province. He called the election and gave the pro-Ukraine guys about 15 minutes to campaign. He’s kind of indicated that if the vote doesn’t go his way he might get kinda’ angry.

Gosh. I wonder what the people of Crimea will decide? But I’m going to venture a wild guess here. Putin wins?

Welcome to a world where a thug’s expansionist dreams are beginning to be a reality.

Vladimir Putin has established his credentials over the past decade as an international bully, a KGB apparatchik who suppresses political dissent with oppression and murder, a gangster who subjected Pussy Riot’s members, in prison, to “endless humiliations,” including forced gynecological examinations almost every day for three weeks. A man who would treat women this way just because they oppose him politically deserves the condemnation of the world as a violent brute.

Still, there are many in the global Jewish community who support Putin because he is good to the Jews of Russia. There can be little doubt that he is. Ending the centuries old anti-Semitism which was endemic to Russia and claimed the lives of endless hundreds of thousands, perhaps millions, in state-sponsored pogroms, Putin is the man principally responsible for the $50m Jewish museum of Moscow, to which he also donated a month of his official salary. (Don’t worry, a man estimated to have $75 billion isn’t going hungry any time soon.)

He has been extremely good to Chabad, giving them official state recognition. He also seems to be good to Israel, establishing strong diplomatic relations with a nation he says has a natural connection to Russia, given Israel’s 1 million strong Russian-speaking community. Should we Jews love this guy? Does it matter that he’s deeply immoral when we have so few friends as it is?

This was the question that confronted Israel in its relationship with apartheid South Africa. Much of the world embraced the hate-filled Arab global boycott of Israel which forced Israel to look for trading partners where it could find them. The South African government was a willing friend when few others would have anything to do with the Jewish state. Israel was fighting for its very life. So it did business with South Africa.

A few decades later I wonder if anyone believes that was a good idea. No people are more deeply opposed to racism than the Jews, and not just because we suffered its effects but because we are the ones who taught through the Torah that every human being is created equally in the image of God. A deeply immoral government like apartheid South Africa was anathema to the central teachings of Judaism. I understand that Israel was caught between a rock and a hard place. Some argued that it was analogous to the allies partnering with Stalin – the second biggest murderer in the history of the world – in order to defeat Hitler. It was a necessary evil.

But I have a different take on the matter.

I believe that the Jewish people are hated by the world because of their sacred mission to spread the Ten Commandments and ethical monotheism. That’s why, whenever there is someone truly wicked, like Hitler or Stalin, they always hate the Jews first. We are the canaries in the coal mine when it comes to world evil. They attack us first, like Nazism and Islamist fascism. But the world is not too far behind. 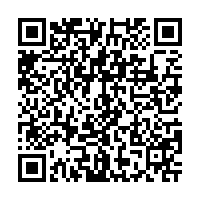