It took less than a year and a half, but Israel has backed down from its position of refusing to submit its neck for the certain sharpened knife to fall: the Jewish State announced through its prime minister that it will appear before the United Nations Human Rights Council and will allow that much- and justly-maligned body pronounce on its human rights record as part of the Universal Periodic Review for all member nations.

The UPR was created by the same UN General Assembly resolution in March, 2006, which created the Human Rights Council. Through the UPR, each member state declares what actions they have taken to improve the human rights situations in their own countries, and how they fulfil their human rights obligations. Of course, as far as the UN HRC and most of its member states is concerned, the process is designed to “ensure equal treatment for every country when their human rights situations are assessed.”


Except, of course, when it comes to Israel.

In March, 2012, Israel withdrew its participation from the UN Human Rights Council’s periodic review of human rights records of member states because it had habitually been singled out for unfair and utterly unbalanced review of its behavior, while its enemies have been treated with kid gloves despite years of relentless state-sponsored and state-supported terrorism against the Jewish State.

But after repeated public and relentless behind the scenes pressure, the boycott has ended.

That pressure included haranguing, vengeful floor statements at a meeting of the HRC on June 7, 2013, by representatives of many members states, including that of the United States, that Israel must cooperate with the Universal Periodic Review mechanism. There have also been reports of extra-body communications, such as a strongly worded communique directly from Germany warning of a dire diplomatic backlash unless Israel return to the fold.

And so, Israel indeed folded.

The statements by members at that June 7 meeting were remarkable given the human rights violators who had the temerity to insist that Israel bow its head before the HRC.

First, in an official statement, “Palestine” said it appreciated the efforts of the president of the HRC to “protect the Universal Periodic Review mechanism and the integrity of the Human Rights Council in the face of the unprecedented non-cooperation and non-compliance of Israel.” Palestine urged Israel to cooperate with the Human Rights Council and said that an exchange of letters was not sufficient to count as engagement. Palestine said it regarded the Universal Periodic Review deadline set by the President as final and binding.

And that universal supporter of human rights and all things good and fair, Cuba, condemned Israel for boycotting the Universal Periodic Review, and said that “the attitude of Israel was deplorable and unacceptable.”

Tunisia, as was the case with most of the Arab and Muslim groups, could not even bring itself to mention the name of the Jewish State, and instead merely “regretted the continuing attitude of the country under review,” referring to that state as engaging in “persistent non-cooperation.”  As far as Tunisia was concerned, the HRC should no longer even negotiate with the recalcitrant state.

Speaking on behalf of the Arab Group, Algeria claimed that its group was committed to the Universal Periodic Review’s “transparency, objectivity, equal treatment and non-selectivity.” The Arab Group also stated that the (unnamed) non-cooperating entity’s behavior was unacceptable, and stressed the importance of protecting the credibility of the HRC.

Pakistan, representing the Organization of Islamic Cooperation, charged Israel’s “persistent non-compliance” as a “serious breach of United Nations system expectations” and it too suggested that the UPR should go ahead as planned whether or not Israel chose to be present.

Israel’s announcement that it would participate in its review at the seventeenth session of the Working Group of the Universal Periodic Review, came less than 48 hours before that process is to begin, on Tuesday, October 29, in Geneva.

Israel is still prevented from joining the Human Rights Council because it is denied a place in any regional group of nations, and the geographic groups are the entities from which HRC members are selected.  Given its location, Israel should be a part of the Asian Nations Group, as are its neighboring states. But Israel is barred from belonging to that group because the Arab nations within that bloc oppose Israel’s membership. 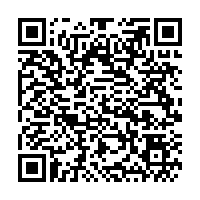