The Israeli Parliament has embarked on a revolution last night, approving a bill that will permit Jewish couples to get married anywhere they wish to in Israel. Our readers abroad may find this hard to believe, but for its first 65 years, the state of Israel, where Religious weddings are also state weddings, required the happy couples to get married only in their town of residence. (See: Revolutionary Marriage Reform Law Spells End to Haredi Domination)

If that reminds you of olden times, when the vassals were not permitted to wonder away from their huts outside their feudal master’s castle, you are absolutely correct. Just like that feudal, who was also ordained by the grace of the Almighty, your local religious council owns you, cradle to grave. And since, over the past three decades, Israel’s Rabbinate has been dominated by Haredim, the result was that secular and non-Haredi Israeli Jews—the vast majority—had to submit to the rule of Haredi rabbis on every aspect of their personal lives.


It’s like Alice in Wonderland, but the Red Queen is wearing a shtreimel.

So, one of the things Minister of Religious Services Naftali Bennett (did you know he did that, too?) has been introducing changes to the religious-feudal system, and the new law, which is already being tested in 5 pilot projects, will enable Israeli couples seeking to tie the knot (we actually don’t do that in Jewish law) to pick whichever rabbi in any municipality to perform their ceremony.

The rabbinic organization Tzohar, which has been laboring for years to undo the damage so many rabbis and laymen, Haredi and otherwise, have inflicted on the psyche of secular Israelis, is ecstatic. They seem to think that the new law will encourage competition, and that rabbis now will have to adopt a pleasant bedside manner in order to make a living. Can you imagine that? They’ll have to answer the phone, schedule speedy hearings, treat people sweetly, offer creative solutions in problematic cases – in other words, care for their clients, because their no longer captive. That’s enough to drive a Haredi rabbi crazy!

Indeed, United Torah Judaism MK Uri Maklev said the knitted yarmulke MKs were promoting the new law because they are unaware of “the scope of its damage.”

But that was polite. UTJ MK Moshe Gafni, attacking the new law from the Knesset podium, said Jewish Home, pushing the new revolution, were “a shame to the Jewish nation.”

“You’re not religious,” he said, having recently had a meeting with God, who gave him the list. “You’re going to break up the entire marriage registration process.”

He also decried the damage the new law will inflict on so many rabbis, all of it in order “to be liked” by the secular Israelis and hold on to their Knesset seats.

MK Gafni has long embraced the tactic of when in doubt – throw a tantrum. But sources in the knitted yarmulke camp are also unhappy about the new law, which, essentially, deposits the authority on the validity of one’s Jewish identity in local hands – away from the centralized Rabbinate control. Each religious council in Israel has its own marriage registration department, where they deal with issues like the validity of conversions, or the current marital status of applicants. Until the new law was in effect, if there was a problematic marriage registration office in some municipality—too permissive or too strict—it could be dealt with by the Rabbinate on a town by town basis.

But now every religious council is in competition with all the other religious councils in the country. If a particular local rabbi gets a reputation for going easy on converts—he could print his own money, because folks will flock to him and happily pay the registration fee.

The thing is, MK Gafni should have stood on the podium and clap al-chet (pound his chest) to confess and regret how decades of malicious abuse by the Haredi establishment have brought on this revolution (remember the mass-revoking of conversions only a few years ago—that kind of abuse). Now the integrity of Jewish identity in Eretz Israel is in the hands—and the pockets—of thousands of local community rabbis.

I choose to trust that He who watches over all our very silly actions on this planet will watch over our local marriage registrations as well. I certainly trust Him more than I do MK Moshe Gafni. 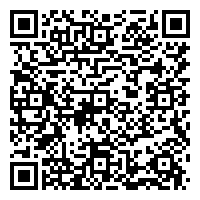