As part of the deal to release Israeli Bedouin Ouda Tarabin, next week Israel will return to Egypt four criminal prisoners who are Egyptian nationals. One of the Egyptians has just finished serving his sentence and the other three are in clemency proceedings that are due to conclude next week, which is when Israel will transfer them to the Egyptian authorities.

A year ago, Tarabin, who has been imprisoned in Egypt for 15 years on suspicion of spying for Israel, sent a letter in which he accused the Israeli government of not doing enough to free him, but on Thursday the released prisoner gave thanks to Israel for helping to free him. “I’m lucky to be an Israeli citizen,” he told reporters. “Israel does not abandon its citizens.”


Ouda Tarabin’s father Suleiman related his happiness at seeing his son for the first time in 15 years. “We’ve got a lot of guests here, everyone is happy and ecstatic. I hope that Ouda will finally be able to raise a family and start his life,” his father said.

Suleiman Tarabin, Ouda’s father, spoke moderately about the Egyptian authorities, partly due to the fact that his tribe has a large contingency in Egypt. “We were critical of the fact that they accused him of spying. But eventually he was tried, sentenced, paid his debt to society and was able to return home,” said the father. 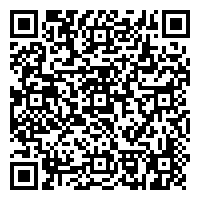