Israeli students have earned the recognition of the Guinness World Records organization for holding the “largest chemistry lesson”.


The lesson, which was a reenactment of an experiment conducted by Israeli astronaut Ilan Ramon in space, was conducted on September 22 in 13 locations with a total of 4,207 participants.  It involved growing crystals in a gravity-free environment.

Ramon, hero of Operation Opera against Iraq’s Osiraq nuclear reactor in 1980 and Israel’s first astronaut, was killed along with rest of the crew of the Columbia space shuttle in 2003, when the craft exploded during re-entry to Earth’s orbit.

Guinness World Records sent confirmation that the record had been achieved on November 24.

A major achievement in chemistry was also performed by Israeli scientist Dan Schechtman  this year, who won the 2011 Nobel Prize in Chemistry for the discovery of “quasicrystals”.

This is not Israel’s first Guinness world record.  In 2010, the city of Abu-Gosh received an award for the largest-ever plate of hummus.  The same year, Alik Gershon won the award for the most simultaneous games of chess played, taking on 523 opponents in Tel Aviv.  The world’s largest flag was unfurled on Masada in 2007 – a flag of the State of Israel.  In 2009, the world’s largest banner was displayed in Jerusalem’s Teddy Stadium, sporting a picture of Jerusalem’s emblem, the Lion of Judah. 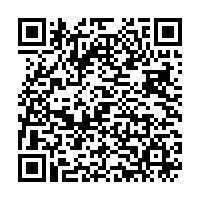