Israel’s Science, Technology, and Innovation Minster Orit Farkash-Hacohen was leading the closing ceremony of the Start-Up Nation Central’s “Connect to Innovate” conference Wednesday in Casablanca, Morocco, where 13 memorandums of understanding (MOUs) were signed.

The agreements were inked between Israeli and Moroccan companies on Monday, at the start of the three-day conference, where more than 150 government and business leaders from the two nations gathered to develop solutions to common challenges faced by both.

The agreements are expected to pave the way for a surge of B2B and G2G activities, particularly in the fields of human capital, agrifood-tech, water-tech, climatetech, logistics, and more. By connecting the Israeli innovation ecosystem to those of the Moroccan public and private sectors, the organizers said they aimed to tackle shared challenges resulting in successful long-term business ventures and closer people-to-people ties.

Start-Up Nation Central is a non-profit that promotes the Israeli innovation ecosystem around the world.

The conference was aimed at bringing the longstanding cultural relationship shared by Israel and Morocco into the 21st century by centering ties on innovation and technology, as envisioned by King Mohammed VI’s New Development Model.

The event takes place at a time when both countries are seeking to strengthen bilateral ties following the establishment of diplomatic relations in late 2020.

“I am so pleased to send my warmest greetings to the Morocco-Israel Connect to Innovate Forum and to congratulate Start-Up Nation Central and all the forum partners and participants for organizing this historic event,” Israel’s President Isaac Herzog said Monday in a recorded message to the attendees.

“Together, Israel and Morocco can develop the innovative solutions that will improve lives, livelihoods, and quality of life in our own countries and promote progress and peace throughout the Middle East, Africa and beyond.”

“Let us join forces and connect to innovate, to give a chance for peace for the sake of our children and the safety of all,” said Andre Azoulay, Advisor to King Mohammed VI.

“We believe that Morocco, under the leadership of HM Mohammed VI, is uniquely suited to partner with Israel in blazing a trail to a new MENA region, one that is connected by a genuine desire for peace and prosperity. This conference is a pivotal point as we embark on a joint innovation journey between Israel and Morocco toward economic prosperity,” Start-Up Nation Central CEO Avi Hasson added. 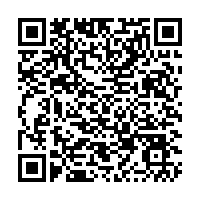