During the past winter, an unusual number of sea turtles were thrown onto the beach, most of which were saved thanks to the long, dedicated and professional care they received at the National Sea Turtle Rescue Center of the Nature and Parks Authority.

The sea turtles that were released back into the sea were collected on the shores of Israel from Haifa in the north to Ashdod in the south. They have been rehabilitated and treated and are now ready to return to their natural living environment in the Mediterranean Sea. 15 of them are brown sea turtles and another 2 are green and rarer sea turtles. They were found by vigilant passers-by who reported to the Nature and Parks Authority Information Center and the turtles were taken in for medical treatment.

The turtles underwent rigorous medical examinations and received the dedicated care of the team of professionals and volunteers of the Rescue Center and even a CT diagnosis at the Kol Hai clinic of Dr. Tzachi Eisenberg.

80% of these turtles were diagnosed as suffering from blast injuries (from marine explosions whose origin is not yet known), which caused soft tissue damage such as the lungs and ears, and they required a long rehabilitation period of 4-6 months.

Three of the turtles will be released into the sea with a satellite transmitter attached to their armor. Through the transmitter, it will be possible to accumulate more information about the movement of the sea turtle population in the Mediterranean, and the functioning of the healed sea turtles in their natural environment.

The turtles that are released with satellite transmitters, regularly transmit their location and you can follow the turtle journeys around the Mediterranean live on this link. 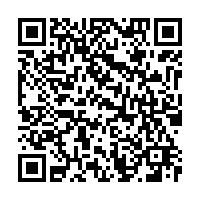