The 5779 school year began in Israel on Sunday as an estimated 2.3 million students arrived in schools and kindergartens in some 5,000 educational institutions throughout the country. More than 80,000 toddlers remained at home after attempts to prevent a strike in the day care centers have failed.

According to Education Ministry figures, approximately 188,000 children are attending the state-funded “compulsory kindergartens,” alongside an estimated 388,000 who go to daycare. 1,048,000 pupils attend primary schools this year, out of whom 167,000 are first-graders. The junior high schools are hosting about 299,000 students and the upper secondary schools about 477,000 students, of whom 131,000 are 12th graders, on their last year in high school.

Some of the students—who attend Haredi yeshivas and special-ed schools—began the school year three weeks ago. The rest are showing up today, Sunday for the first time this year, but not to worry – they’ll be spending much of September and some of October at home, seeing as this is the holiday season in Israel. There will be 12 days off in September and October.

Tens of thousands of parents of young children will have to find an arrangement for yet another weekday, due to a strike declared by the organizations operating the state-supervised daycare centers. The Finance Ministry announced it would take legal steps against the strike, which is expected to include some 1,400 daycare centers, employing more than 10,000 caregivers, catering to as many as 100,000 infants between the ages of three months to three years.

Just hours before the start of the first school day of the year, a strike was averted at the Superbus company, and school buses are expected to show up on time to take the little ones to school. 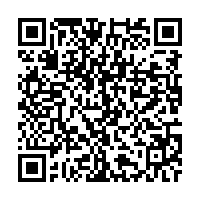