Yuval Baruch, Jerusalem District archaeologist for the Israel Antiquities Authority, on Sunday told Ha’aretz he’s had it up to here with people using state archaeological sites to run their private events. Ha’aretz quoted him regarding an upcoming, unique event: a celebration of the Creation of the World.

We celebrate the creation of the world on Rosh Hashanah, but the divine project, as described in the Bible, lasted six days and, according to one traditional school of thought, began on the 25th of the month of Elul, which this year falls on Monday, September 3.


At 8 PM on the 5,779th anniversary of the day God said “Let there be light,” there will be a concert near the Jerusalem Archaeological Park (also known as Ophel Garden), located south of the Western Wall Plaza, at the foot of the Southern Wall, below the Dung Gate to the Holy Temple. Cantors, poets, musicians, and a large choir, conducted by Dr. Mordechai Sobol, will lead the largest and most luxurious celebration of the—literally—First Day.

The concert was conceived by Prof. Hillel Weiss, a leader of the Temple Mount Faithful and a spokesman for the New Sanhedrin, which produces the concert. “This concert has been held since the Creation, the director and the conductor is God,” Weiss told Ha’aretz, which delivered his quip with a straight face.

Prof. Weiss is also behind the rituals of Water Libation on Sukkot and the demonstration of the Pascal sacrifice before Passover. The concert is his newest innovation, and it was picked up enthusiastically by his colleagues on the New Sanhedrin.

Archaeologist Baruch, who has had to endure a bar mitzvah of the Safra family at his favorite site only two weeks ago, was quite upset when he told Ha’aretz—always eager to start up secular-religious scandals—that “the park was built almost entirely with donations from Friends of the Israel Antiquities Authority, the place is meant for archaeology, tourism and preservation, it’s not a bar mitzvah hall or a wedding hall or a place for events with a religious or ideological character, and this process is growing.”

Ha’aretz got the following response from Daniel Shukrun, secretary of the Company for the Reconstruction and Development of the Jewish Quarter in the Old City of Jerusalem, who stated: “Why is it that in Caesarea, Masada and Beit She’an it’s OK to hold events and here it’s prohibited? […] There are almost no site where the authorities don’t hold events, because there’s an understanding that the connection between the authentic location and the audience is significant.”

The Jewish Press requested a comment from the IAA, which noted that Prof. Baruch spoke only for himself and did not necessarily represent the Authority’s policy. 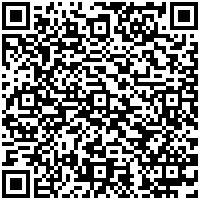