The Chaim Sheba Medical Center at Tel HaShomer, just east of Tel Aviv, Israel’s largest medical facility, is home to the largest percentage of clinical research in Israel conducted at a single hospital. On Sunday, Sheba Medical Center announced that three of its research doctors have recently succeeded in creating cutting-edge technologies and research.

Dr. Damien Urban created the first Rapid Cancer Diagnostic Testing Center in Israel. The radical, new concept allows people to cut through stifling medical bureaucracy. Today, most people have to endure at least 3 months of testing to secure a “yes” or “no” answer about the nature of a cancerous growth. Dr. Urban’s innovative center cuts the process from 3 months to 2 weeks, which unheard of in much of the Western world as well.


Dr, Michal Beeri of the Neuroscience Division is employing cutting-edge technology to detect markers indicative of early stage Alzheimer’s disease. The research and testing is being conducted with 1,500 high-risk patients using “retinal amyloid technology.” According to statistics, the probability of getting Alzheimer’s increases from 10% at age 65 to over 50% at age 85. Within the rapidly aging population, the number of people affected by Alzheimer’s (currently over 44 million worldwide) is expected to more than double by 2040. The cost of health care for those with Alzheimer’s in the USA alone is estimated to be well over $200 billion per year.

Dr. Ronit Machtinger, Senior Physician, IVF Unit, Department of Obstetrics and Gynecology, who has been conducting intensive research with colleagues at both Harvard Medical School in Boston and Columbia University in NY, has discovered that women who are in the midst of IVF treatments can increase their probability of becoming pregnant by significantly reducing their consumption of cola and other soft drinks. 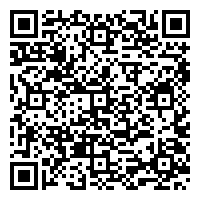