An Arab terrorist stabbed a security guard outside the Central Bus Station in Jerusalem at around 2:30 pm Israel time.

The terrorist pulled out his knife and stabbed the guard in the upper body, critically wounding him.

The guard, Asher Haim ben Tamar (Elmaliach), in his 20s, was stabbed in his heart, outside the Jaffa Street entrance to the main bus station of the capital.

He was critically wounded, according to a report by the Magen David Adom (MDA) emergency medical service.

Medics from MDA treated the wounded guard at the scene before evacuating him in an ambulance to Sha’are Zedek Medical Center in Jerusalem.

Yassin Abu Al-Kara, the 24-year-old terrorist from the city of Shechem in the Palestinian Authority, then tried to escape by running down Yafo Street. He was chased by a civilian and a policeman who captured him alive.

Al-Kara posted on Facebook on Saturday a clear hint that he was planning on committing a terror attack.

Prayers can be said for the wounded guard: Asher ben Tamar.

A video of the attack can be seen at the link. Viewer discretion advised. 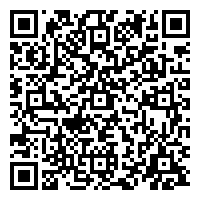