“Aaron Klein Investigative Radio” is broadcast live from Israel and heard on New York’s 77-WABC Radio, the largest talk station in the U.S. For the past two years, Klein has been doing his show in the early afternoon. The new slot starts this Sunday, January 8. (For the next 2-3 weeks, Klein will be hosting an additional hour, from 6-9 p.m. Eastern, and going forward will be heard from 7-9 p.m.

“We’re very excited to have Aaron Klein in prime time on Sundays, and also as the lead-in to The John Batchelor Show,” stated Chuck Armstrong, WABC’s assistant program director. Klein’s highly rated show focuses on U.S. politics and foreign affairs. It uniquely fuses news reporting, including exclusive investigative journalism, with the concept of talk radio and is the only radio talk show in America that is broadcast from the Middle East.

Klein is a Jewish Press columnist, reporter for WND and a bestselling author. His news website is KleinOnline.com. 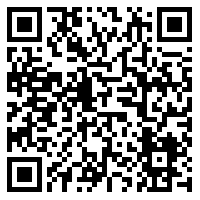