A month after having contracted the novel Coronavirus (COVID-19), a father and son have returned to work at the Magen David Adom (MDA) emergency medical service and have rejoined the fight against its spread.

Several weeks ago, Yoel Glat (45), a senior medic in MDA, began to feel unwell. He had not recently returned from abroad, did not encounter a verified Corona patient, and Yoel did not think for a moment he may have contracted the virus.

Yoel’s wife and two of his children were also examined and found to be infected and were also admitted to the Sharon hospital.

One of Yoel’s sons, Menachem (20), patient number 48, also works at Magen David Adom as a paramedic on the 101 hotline.

After being released from the hospital on Wednesday, father and son again put on their white uniforms and rejoined their colleagues at MDA in the national combat against Coronavirus.

Yoel said that for him “it was very difficult to know that MDA teams were working around the clock in the fight against the virus, and my hands were completely tied. I don’t ever remember wanting to go back to work so much.”

“From the very first moment, I waited to be released from the hospital and return to MDA,” said Menachem. “I have always loved my job, but I never thought I would miss it until now.”

He said that after being a patient himself his “outlook is completely different.”

“When I help Corona patients or send tests to the homes of people in quarantine, I know what is going on and what is expected ahead for them,” he explained.

MDA teams have become a crucial pillar in Israel’s efforts to stem the spread of Corona in Israel. the organization is entrusted with testing patients at home and is operating the drive-through testing stations at several locations across the country. 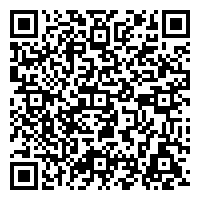