Summer is almost over, but just in time to arrive for the Jewish holidays in the Hebrew month of Tishrei and the start of a new school year, 239 North American olim (new immigrants) are set to arrive in Israel on aliyah later this week.

Fifty-seven future Lone Soldiers will be among those landing next Wednesday, August 15 on the special Aliyah flight chartered by Nefesh B’Nefesh.


This specially chartered flight is generously being sponsored by Denver, Colorado local, Heidi Rothberg in coordination with the Jewish National Fund-USA (JNF-USA) and facilitated in cooperation with Israel’s Ministry of Aliyah & Integration, the Jewish Agency for Israel, Keren Kayemeth Le’Israel (KKL)-JNF-USA and Tzofim-Garin Tzabar.

The passengers on this flight include dozens of Jewish communal leaders and 27 medical professionals, as well as a diverse group of individuals from 24 U.S. states and three Canadian provinces, according to the Prime Minister’s Office. On board the flight there will be 30 families, 90 children, and three sets of twins.

A special welcome ceremony for the new Olim is to be held at Ben Gurion International Airport upon the flight’s arrival, including more than one thousand guests, friends, family members and Israeli dignitaries (among them Aliyah and Integration Minister Sofa Landver and Deputy Minister in the Prime Minister’s Office Dr. Michael Oren). 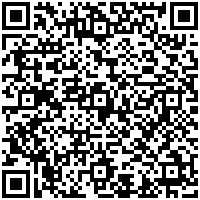