The election campaign in Jerusalem is far from over. In another two weeks, the second mayoral election round will be held, with Moshe Leon and Ofer Berkovitz competing. Leon, who is National-Religious, is leading the secular Berkowitz by some 10 points, with neither candidate getting the 40% needed for a victory.

With that in mind, and as race begins for the votes of the just-elected council members affiliated with the two losers, Ze’ev Elkin and Yossi Deitch, Kipa’s Meirav Cohen believes it doesn’t matter who wins in two weeks, only one candidate has what it takes to cobble together a governing municipal coalition.

Cohen lists Leon’s potential supporters: The Haredi factions, Degel HaTorah (6) and Shas (5) have already expressed their support for Moshe Leon. The Likud, too, with only one vote, will likely prefer Leon. The two religious factions, Habayit Hayehudi and Unified, each with 2 votes in the Council, are also going to support Leon.

Yakov Litzman’s Agudat Yisrael faction (3), received a severe slap on their faces only half the votes of the Lithuanian Haredim voted for them. They will now have to choose between joining Aryeh Deri’s and their Haredi Lithuanian rivals from Degel, and the secular candidate. Oy vey.

Yossi Havilio, the former municipal legal adviser and frequent critic of Jerusalem Mayor Nir Barkat, will support Berkowitz, as will, naturally, the Awakening faction (6) and Meretz (3).

But these will not suffice to give Berkowitz a winning coalition. The Jerusalem City Council has 31 members (including the mayor). Even assuming that Litzman et al would support a secular mayor, the best Berkowitz can hope for are 15 votes, including his own.

As Cohen puts it, “Something very unusual would have to happen for Moshe Leon not become Jerusalem’s next mayor.” 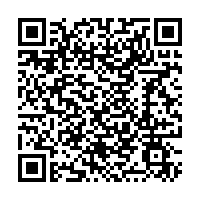