An ancient winepress dating back to the Byzantine period was discovered two weeks ago at the Tzippori National Park in the central Galilee region an during archaeological excavations, the Israel Nature and Parks Authority said Sunday.


The excavations, led by the Israel Nature and Parks Authority, in cooperation with the New Orleans Baptist Theological Seminary and sponsored by the Israel Antiquities Authority, took place in a 3.5 meter deep ancient water reservoir with a ceiling that rests on five arches from the Roman period.

The archaeologists were very surprised when they found the wine press as they had never previously encountered a winepress installed in secondary use in an ancient water reservoir.

“This is the first time we found a wine press in a place that was previously used as a water reservoir. Probably the owners of the vineyards thought it was a convenient location as it was close to their vines,” Dr. Zvika Zuk, chief archaeologist of the Israel Nature and Parks Authority told Tazpit Press Service.

According to the researchers, the water reservoir was adapted to a winepress in the 4th century C.E.

“The winepress was found in the largest water reservoir in the Tzippori National Park, which is part of the impressive water system at the site that also includes long aqueducts that provided water to the ancient city of Tzippori,” Zuk said.

The War On Columbus Is A War On America 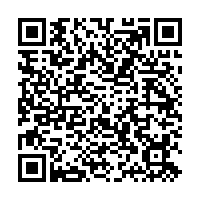