Soldiers in the IDF Tze’elim base in the Negev confronted local Bedouin they suspected were trying to steal military equipment on Sunday. The IDF investigated the incident and released its findings on Tuesday, according to which a chase ensued during which vehicles surrounded a military jeep, a menacing crowd was formed and one officer fired a shot in the air.

The IDF spokesperson issued a statement saying: “Commanders carried out an initial investigation and the relevant lessons regarding future events of this nature were learned.”

The youth from the Bedouin village who surrounded and threatened the IDF jeep photographed their actions and distributed the content on the social networks. Some local villagers insisted the whole thing had been part of a wedding to which they invited the soldiers, and that the videos show local friendly Bedouin escorting the soldiers back to the base.

Such nice, hospitable people, such a pity it’s a blatant lie…

The IDF spokesperson said that “during a training session in the Tze’elim base shooting area, several officers identified a suspicious attempt to steal military equipment from the training site and pursued the suspect vehicle. During the pursuit, additional suspicious vehicles arrived and surrounded the jeep of the force in a threatening and delinquent manner. The officers reported to the Israeli police about the incident and stopped at the side of the road. In response to the dangerous crowding around them after they had stopped, one of the officers fired a shot in the air. Police arrived at the scene and filed a complaint against those involved in the incident.”

Just to be clear, the complaint was filed against the Bedouin, not the IDF soldiers, because down in the wild Negev you never know.

Police issued a statement saying: “Upon receiving the report about the incident, police forces arrived at the scene and an investigation is still underway. We will continue to investigate the case thoroughly, work to the detriment of those involved and continue to fight property offenders and road bullying wherever they may take place.”

That’s against the offenders, because, like we said, you never know. You’ll notice neither the IDF nor the police mentioned arresting anyone. Because, well… 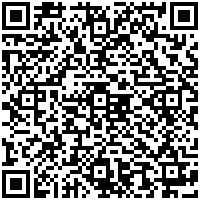