An interdisciplinary team from Tel Aviv University has successfully decoded ancient DNA extracted from the animal skins on which the Dead Sea Scrolls were written. By characterizing the genetic relationships between different scrolls fragments, the researchers were able to discern important historical connections.


“There are many scroll fragments that we don’t know how to connect, and if we connect wrong pieces together it can change dramatically the interpretation of any scroll,” explains Prof. Rechavi. “Assuming that fragments that are made from the same sheep belong to the same Scroll, it is like piecing together parts of a puzzle.”

The name Dead Sea Scrolls refers to some 25,000 fragments of leather and papyrus discovered as early as 1947, mostly in the Qumran caves which are located on a dry marl plateau above the northwestern shore of the Dead Sea, near the Israeli kibbutz Kalya, but also in other sites located in the Judaean Desert.

Among other things, the Scrolls contain the oldest copies of biblical texts. Since their discovery, scholars have faced the breathtaking challenge of classifying these fragments and piecing them together into the remains of some 1,000 manuscripts, which were hidden in the caves before the destruction of the Second Temple in 70 CE. Today, the thousands Dead Sea Scrolls fragments are preserved by the Israel Antiquities Authority, where their condition is monitored by advanced scientific methods, in a designated climate controlled ambiance.

Researchers have long been puzzled about the degree that this collection of manuscripts reflects the broad cultural milieu of Second Temple Judaism, or whether it should be regarded as the random works of a radical sect (identified by most as the Essenes, who flourished from the 2nd century BCE to the 1st century CE) which were discovered by chance.

“Imagine that Israel is destroyed to the ground, and only one library survives – the library of an isolated, ‘extremist’ sect: what could we deduce, if anything, from this library about greater Israel?” Prof. Rechavi explains. “To distinguish between scrolls particular to this sect and other scrolls reflecting a more widespread distribution, we sequenced ancient DNA extracted from the animal-skins on which some of the manuscripts were inscribed. But sequencing, decoding and comparing 2,000-year old genomes is very challenging, especially since the manuscripts are extremely fragmented and only minimal samples could be obtained.”

According to Pnina Shor, founder of the Dead Sea Scrolls Unit at the IAA, the authority, which is in charge of preserving the Dead Sea Scrolls for posterity, “seeks groundbreaking collaborations worldwide to help maximize the knowledge about this most important discovery of the 20th century. The collaboration with TAU on ancient DNA joins the innovative toolbox of Dead Sea scrolls studies. We attempt to integrate present scientific and technological advances minimizing intervention while enhancing physical and textual research on the scrolls.”

To tackle their daunting task, the researchers developed sophisticated methods to deduce information from tiny amounts of ancient DNA, used different controls to validate the findings, and carefully filtered out potential contamination. The team employed these mechanisms to deal with the challenge posed by the fact that genomes of individual animals of the same species (for instance, two sheep of the same herd) are almost identical to one another, and even genomes of different species (such as sheep and goats) are very similar.

For the purpose of the research, the Dead Sea Scrolls Unit of the IAA supplied samples – sometimes only Scroll “dust” carefully removed from the blank backs of the fragments – and sent them for analysis by Prof. Rechavi’s team: Dr. Sarit Anava, Moran Neuhof, Dr. Hila Gingold and Or Sagi.

Paleogenomics is a new and exciting field based on the reconstruction and analysis of genomic information in extinct species.

To orthogonally validate the work on the animals’ ancient DNA, Prof. Mason’s lab in New York studied the scrolls’ microbial contaminants. Prof. Jakobsson notes: “It is remarkable that we were able to retrieve enough authentic ancient animal DNA from some of these 2,000 year old fragments considering the tough history of the animal hides. They were processed into parchment, used in a rough environment, left for two millennia, and then finally handled by humans again when they were rediscovered.”

Prof Mason adds: “Microbes are ubiquitous across the scrolls, whereas the ancient animal DNA carries unique molecular signatures that help reveal their associations.”

According to Prof. Rechavi, one of the most significant findings was the identification of two very distinct Jeremiah fragments.

“Almost all the Scrolls we sampled were found to be made of sheep skin, and accordingly most of the effort was invested in the very challenging task of trying to piece together fragments made from the skin of particular sheep, and to separate these from fragments written on skins of different sheep that also share an almost identical genome,” says Prof. Rechavi. “However, two samples were discovered to be made of cow hide, and these happen to belong to two different fragments taken from the Book of Jeremiah. In the past, one of the cow skin-made fragments was thought to belong to the same Scroll as another fragment that we found to be made of sheep skin. The mismatch now officially disproves this theory.”

“What’s more: Cow husbandry requires grass and water, so it is very likely that cow hide was not processed in the desert but was brought to the Qumran caves from another place. This finding bears crucial significance, because the cow hide fragments came from two different copies of the Book of Jeremiah, reflecting different versions of the book, which stray from the biblical text as we know it today,” Prof. Rechavi says.

Prof. Mizrahi explains further: “Since late antiquity, there has been almost complete uniformity of the biblical text. A Torah scroll in a synagogue in Kiev would be virtually identical to one in Sydney, down to the letter. By contrast, in Qumran we find in the very same cave different versions of the same book. But in each case, one must ask: is the textual ‘pluriformity,’ as we call it, yet another peculiar characteristic of the sectarian group whose writings were found in the Qumran caves, or does it reflect a broader feature, shared by the rest of Jewish society of the period?”

“The ancient DNA proves that two copies of Jeremiah, textually different from each other, were brought from outside the Judaean Desert. This fact suggests that the concept of scriptural authority – emanating from the perception of biblical texts as a record of the Divine Word – was different in this period from that which dominated after the destruction of the Second Temple. In the formative age of classical Judaism and nascent Christianity, the polemic between Jewish sects and movements was focused on the ‘correct’ interpretation of the text, not its wording or exact linguistic form,” Prof. Mizrahi says.

Another surprising finding relates to a non-biblical text, unknown to the world before the discovery of the Dead Sea Scrolls, a liturgical composition known as the Songs of the Sabbath Sacrifice, found in multiple copies in the Qumran caves and in Masada. Apparently, there is a surprising similarity between this work and the literature of ancient Jewish mystics of Late Antiquity and the Middle Ages. Both Songs and the mystical literature greatly expand on the visionary experience of the divine chariot-throne, developing the vision of the biblical prophet Ezekiel. But the Songs predates the later Jewish mystical literature by several centuries, and scholars have long debated whether the authors of the mystical literature were familiar with Songs.

Prof Mizrahi expands: “The Songs of the Sabbath Sacrifice were probably a ‘best-seller’ in terms of the ancient world: the Dead Sea Scrolls contain 10 copies, which is more than the number of copies of some of the biblical books that were discovered. But again, one has to ask: was the composition known only to the sectarian group whose writings were found in the Qumran caves, or was it well known outside those caves? Even after the Masada fragment was discovered, some scholars argued that it originated with refugees who fled to Masada from Qumran, carrying with them one of their scrolls.”

“But the genetic analysis proves that the Masada fragment was written on the skin of different sheep haplogroup (a group of alleles in an organism that are inherited together from a single ancestor) than those used for scroll-making found in the Qumran caves. The most reasonable interpretation of this fact is that the Masada Scroll did not originate in the Qumran caves but was rather brought from another place. As such, it corroborates the possibility that the mystical tradition underlying the Songs continued to be transmitted in hidden channels even after the destruction of the Second Temple and through the Middle Ages,” Prof Mizrahi suggests.

ARE THERE YET UNDISCOVERED CAVES?

Since most of the scrolls were found to be written on sheep skin, the team had to find a way to distinguish “in higher resolution” between the very similar genomes of different sheep.

“Mitochondrial DNA can tell us whether it is a sheep or a cow, but it can’t distinguish between individual sheep,” Prof. Rechavi says. “We developed new experimental and informatic methods to examine the bits of preserved nuclear DNA, which disintegrated over two millennia in arid caves, and were contaminated in the course of 2,000 years, including recently by the people who handled the scrolls, often without the use of gloves.”

Using these methods, it was discovered that all the sampled scroll-fragments written using a particular scribal system characteristic to the sectarian writings found in the Qumran caves (the “Qumran scribal practice”) are genetically linked, and differ collectively from other scroll-fragments that were written in different ways and discovered in the very same caves. This finding affords new and powerful tool for distinguishing between scrolls peculiar to the sect and scrolls that were brought from elsewhere, and potentially reflect the broader Jewish society of the period.

TAU’s Pnina Shor concludes: “Such an interdisciplinary project is very important indeed. It advances Dead Sea Scrolls research into the 21st century, and may answer questions that scholars have been debating with for decades. We consider the present project, which integrates both extraction of genetic information from the Scrolls using novel methods together with classical philological analysis, a very significant contribution to the study of the Scrolls.” 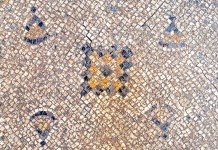 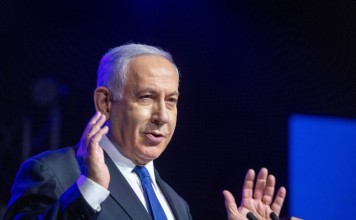