According to Syrian health authorities, as of Sunday, 46 people have died from Cholera recently, suggesting that so far 1,097 contracted the disease, and in all cases, deaths were caused by delays in receiving medical attention. But the figures are much grimmer, according to UNICEF, which reported 20,000 known Cholera cases across Syria, with several dozen recorded deaths.

The BBC reported on Sunday that Lebanon, at this point a failed state unable to provide elementary service to its citizens, is looking at a wave of chaos from Cholera, which these days is a preventable and treatable disease, but not without an operating infrastructure, medical and otherwise. Cholera is transmitted through unclean water, and in the Syrian refugee camps in Lebanon, mired in open sewer water, with broken basic sanitation systems, the spread of Cholera can be rapid. So far, hundreds of Cholera cases have been reported in Lebanon.

Israel’s Health Ministry and the Ministry of Environmental Protection informed campers and hikers in the north of the country of unusual results in water sampling that had been carried out in mid-October to examine the state of pollution in the streams there: “In tests for bacteria in the samples from October 18 and 19, 2022, results were found in several streams in the north that exceed the recommendations of the Ministry of Health (400 fecal E. coli in 100 ml) and indicate the presence of water contamination.”

The UK announced on Friday it would provide £2 million to UNICEF in response to the cholera outbreak in Syria, “which continues to spread across the country and risks overwhelming fragile health systems.”

The British announcement said that “as the international community scales up its response to the outbreak, which has now spread to Lebanon, this funding will contribute to UNICEF’s cholera response, including establishing cholera treatment centers, giving people access to cholera kits and training the public on how to prevent the spread of cholera.”

UK Minister of State and the Prime Minister’s Special Representative on Preventing Sexual Violence in Conflict, Lord (Tariq) Ahmad said: “We are deeply concerned by the cholera outbreak across Syria, the first in more than ten years. With humanitarian needs the highest they have ever been, there is a significant risk that malnutrition, lack of access to clean water, and chronic conditions, will see the situation deteriorate even further.”

Kan 11 News on Sunday night interviewed a medical doctor named Muhammad al-Salam who works near the Turkish border in northern Syria and reported that the raging war between rival rebel forces prevents medical teams from reaching suffering patients and in some cases trying to kill the doctors.

“Last week I was in northwestern Syria, and there were exchanges of fire between factions,” Dr. al-Salam told Kan 11. “I had to stay in my place for a week or 10 days, I couldn’t go to Turkey because of the exchange of fire. There’s an area in the city of Afrin where the river was polluted, we had to take samples and unfortunately, they came out positive, but we were delayed in getting to these cases and the disease spread further.”

Dr al-Salam warned the disease could spread to Lebanon’s neighbors: “The epidemic knows no borders. It already spread to Lebanon, it may move to Jordan or other countries. The assumption is that the first infected person came to Syria from Iraq.”

In mid-September, the World Health Organization reported several Cholera cases that resulted from people who drank polluted water from the Euphrates River that flows through Syria and Iraq to join the Tigris and empties into the Persian Gulf. 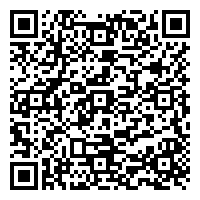