A special civilian flyover was held last Friday saluting the Magen David Adom staff, the IDF Home Front Command, and hospital medical teams at the forefront of the Corona crisis and raising awareness of the Health Ministry’s guidelines. The flyover passed over MDA and hospital teams at the helicopter air pad at Poriah Hospital near Tiberias.

Six private jets took off from the airfield led by Lt. Col. (Res.) Dan Sion, former commander of a fighter squadron and Air Force Aerobatic team member. The flyover then proceeded to the Padeh-Poria helicopter air pad, where MDA teams were waiting to view the flyover, with the Director, Dr. Erez On, and Malka Amron, the Director of Nursing.

During the flight, Sion contacted Magen David Adom’s 101 Emergency Call Center and conveyed a message of appreciation to the teams at the forefront of the fight: “At the moment we are flying over your helicopter air pad at Poria Medical Center. Poria, we are paying tribute with this flight to you, the IDF, the hospital staff, and all the people involved in the fight against the coronavirus. We thank you on behalf of all Israeli citizens. Thank you!”

The planes also flew over Hadassah Ein Kerem, Hillel Yaffe and Laniado hospitals, and later over the beaches of Herzliya, Tel Aviv and Ashdod.

Along with honoring and saluting medical professionals, the flyover had another important goal: to raise awareness and encourage the public to adhere to the Ministry of Health’s guidelines for social distancing, wearing a mask and hygiene, to break the chain of infection.

MDA Director-General Eli Bin said: “In these complex days, the special tribute flight held this morning is an optimistic and heartwarming reminder of the public unity and social value in the State of Israel. I would like to thank the initiator of the special event, Lt. Col. (Res.) Meir Indor, Chairman of Almagor who also served today as the lead pilot, Lt. Col. (Res.) Dan Sion, a former Air Force commander, a fighter squadron, and the five other pilots who succeeded in a special and extraordinary gesture to excite, delight, and express gratitude to MDA teams. “We are looking forward to fighting the virus and taking care of public health. We are proud to lead the fight and we will continue to do so until the end of the plague.” 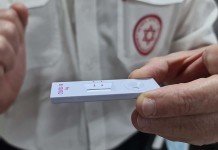 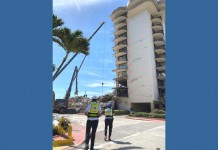 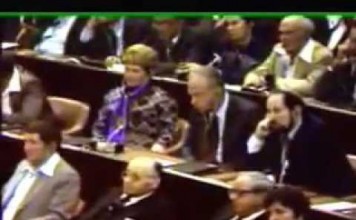