The State of Colorado has decided to divest its state pension funds from Unilever Global, the parent company of Ben & Jerry’s.

The Colorado State Pension Fund will dump as much as $42 million worth of Unilever shares.


Colorado is the latest in a series of American states to sanction the corporate parent of the ice cream company in response to Ben & Jerry’s decision to boycott Israel.

The Knesset will hold a special session Wednesday to consider whether to extend Israel’s anti-boycott laws to sanction Unilever.

In July of 2021, the Ben & Jerry’s ice cream company announced that it would not extend licensing for its product to the Israeli company that has held the franchise in Israel for decades.

The decision came after the Israeli company refused Ben & Jerry’s demand that it end sales of its products in all Israeli towns in Judea and Samaria, and parts of Jerusalem.

In response to the news, Avi Singer, the CEO of Ben & Jerr’ys Israel, said he was “excited” about the worldwide backing, and “the addition of the State of Colorado to the list of states that impose immediate and painful sanctions against Unilever, which is fully responsible for the boycott.”

The state of Colorado is just the latest in a number of US states that have moved to divest themselves from Unilever.

New York, Florida and New Jersey are among those states that have already done so; 33 states have laws prohibiting doing state business with any company that boycotts Israel.

Earlier this month, Ben & Jerry’s Israel filed a lawsuit in the United States against Unilever Global charging that the move to boycott Israel violates US law.

“Your demand that Avi Singer not sell in parts of Jerusalem and Judea and Samaria is contrary to Israeli and American law,” says the suit, which seeks to force Unilever to allow Singer to continue to manufacture and distribute Ben & Jerry’s products throughout the State of Israel.

“The demand was in and of itself a violation by [the] Defendants of Israel law, US anti-boycott policy and policies of the States of New Jersey, New York and many other states,” says the lawsuit.

“The only reason for non-renewal was Plaintiff’s refusal to carry out Defendants unlawful demand. A Party to a contract, especially the one with outsized bargaining power, cannot lawfully or in good with coercing the weaker party into violating the laws a condition of maintaining the contract.

The Knesset’s Constitution Committee is scheduled to convene on Wednesday in a special discussion on the matter, in spite of the fact that the full Knesset has already gone into its spring recess for Passover.

The committee will consider a vote to approve adding an amendment to Israel’s current law that sanctions any company that boycotts the country which will allow for such regulations to be used against Unilever.

Avi Singer sent a letter to the committee’s members asking them to approve the new regulations.

“The helplessness in the face of a company that is taking boycott measures, harms Israel’s deterrent power and will lead not only fatal damage to Ben & Jerry’s Israel, but also to many other businesses in the future,” Singer wrote.

“I address you on my behalf and on behalf of 169 employees of the Ben & Jerrys Israel factory which is located in the periphery, and on behalf of hundreds of other families who make a living from the factory and may be harmed upon termination of the contract.

“It is in your power to help me and the workers of the factory and strengthen the deterrent power of Israel. Approve the boycott law and allow the State of Israel to repay the boycotting society as a reward.” 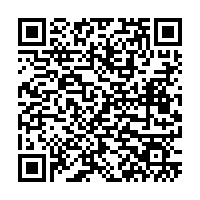