Israel’s Corona cabinet and the government on Tuesday night approved the extension of the lockdown until Sunday at midnight.

Meanwhile, the cabinet approved going to the wedding of a close family member outside the 1-kilometer boundary, as well as training sessions for teams in the premier leagues of soccer, basketball, handball, and volleyball.


Restrictions on aviation and departure abroad have been extended until Thursday, following a discussion of this issue on Wednesday. On Thursday, the cabinet will convene to discuss the opening of the education system and businesses.

The cabinet meeting was scheduled to take place at 3:00 PM Tuesday, but Prime Minister Benjamin Netanyahu wanted to postpone it until Thursday. Netanyahu, along with Health Ministry officials, argued that the discussion in the cabinet should be postponed to give the number of daily patients a chance to fall below 2,000 before a decision is reached. At the same time, there was an urgent need for some decisions on issues such as the limits on distance from one’s home, assembly, and workplace shutdowns, due to the expiration of the temporary regulations of these subjects last Sunday.

Defense Minister Benny Ganz announced that he opposes postponing the cabinet meeting, arguing that “the discussion of the exit strategy cannot suffer any further postponement. Small businesses continue to collapse, and we must discuss returning the children to their frameworks.”

Finance Minister Israel Katz (Likud) supported the defense minister’s position in opposing the postponement of the Corona cabinet meeting. According to Katz, the workplaces must be opened immediately regardless of the state of the pandemic, as do the early childhood education frameworks and the first and second grades.

According to the models used by the Health Ministry, the earliest realistic scenario for reaching the target of 2,000 infected patients per day, with an infection factor of 0.8, is Tuesday or Wednesday next week.

The model offered by the Weizmann Institute staff, led by Professor Eran Segal, was also presented at the Corona Cabinet meeting. It raises three possible scenarios, the most optimistic of which predicts reaching the 2,000 patients a day goal this Sunday, but the chances of that happening are low. Their pessimistic scenario predicts reaching the target number in two weeks.

Netanyahu and Gantz left the discussion temporarily to settle their disagreements on several points.

During the debate, Netanyahu explained the need to extend the lockdown, saying: “If we don’t do this, we will be in trouble, there will be cracks, and our decisions will go down the drain. If it is decided on Thursday to open the kindergartens on Sunday, the lockdown may be shortened accordingly.”

But kindergarten teachers have been telling Israeli media that should the cabinet decide on Thursday to open their facilities, they couldn’t possibly be ready to accept children by Sunday.

According to the outline presented by Corona Czar Professor Ronni Gamzu, the morbidity hot spots in the red cities would remain under lockdown, as would be the education systems in those cities. Gamzu also pointed out that fewer tests are being conducted in those enclaves, making it difficult to assess the morbidity trends there.

Interior Minister Aryeh Deri (Shas) and MK Moshe Gafni (United Torah Judaism) will meet in Bnei Brak with the Corona Commissioner for the Haredi sector, Major general Roni Numa, in an attempt to examine the opening of Talmud Torahs (for the younger children) in the red cities.

Many Haredi yeshivas have already announced that they plan to return to regular studies as early as this week, but they can be expected to agree to wait until next Sunday.

The Health Ministry’s director-general Professor Hezi Levy complained that attempting to communicate with Education Ministry officials is “a dialogue of the deaf.” The dispute is over the time and pace of opening the different schools.

The Education Ministry published on Tuesday the data regarding the number of patients in the educational institutions, showing that in 94% of kindergartens and in 53% of elementary schools no patients were found. Close to 45% of the high schools had no patients.

Naturally, as soon as math classes reopen, the same Education officials will be able to calculate that 47% of elementary schools and 55% of high schools are buzzing with infections.

There was also a debate in the cabinet over opening the air transportation. Transport Minister Miri Regev demanded that aviation be permitted as early as Wednesday, and Minister of Internal Security Amir Ohana supported her. Health Minister Edelstein and Gantz objected, arguing that the debate this coming Thursday should include all the sectors of Israel’s economy.

Attorney-General Avichai Mandelblit also said that there would be a legal problem in Regev’s proposal, since “it is not possible to exclude only the flights from the thousand-meter limit.”

Flights to distances of less than one kilometers are still allowed. 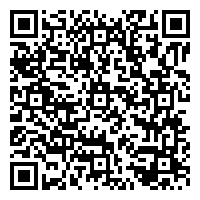