Najat Haj Yahya, a nurse at Hasharon Hospital in Petah Tikva, 32, in the 30th week of her pregnancy, died on Saturday night in the intensive care unit at Hadassah Hospital in Jerusalem. Efforts to revive the fetus failed. The woman was hospitalized Tuesday due to severe respiratory distress.

But despite the tragedy (her death was determined about two weeks after her husband also died of the virus), Corona morbidity in Israel has improved significantly over the past week.

Vaccine benefit measures the risk of contracting the disease for people who have been given two doses of the vaccine, compared to people who have not been vaccinated at all.

According to the latest data, the vaccine is found to offer very high benefits against morbidity, serious morbidity, hospitalizations, and fatalities.

The benefit of the vaccine after 14 days from receiving the second dose:

The Director-General of the Health Ministry, Prof. Hezi Levy, said: “Thanks to the strong health system of the State of Israel, which enabled us to reach in a short time an unparalleled extensive vaccination in the population, and our capacity for comprehensive epidemiological surveillance, we are the first country in the world to demonstrate the effect of the Corona vaccine in real clinical conditions.”

Prof. Levy added: “The vaccine significantly reduces morbidity and mortality and this effect can be seen in the morbidity data in the country. Our goal is to continue to vaccinate the entire population from the age of 16 and up, and in time even under the age of 16, to achieve extensive coverage in the population that would allow us to return to life’s routine we ​​all long for.”

The health ministry announced the “green passports” promised to those who received both doses of the vaccine, which would allow individuals with the passport to enter freely into sports and entertainment events, shopping malls, and any other public activity.

According to the health ministry, during the run-in period for the issuance of a green passport (Tav Yarok), over the next two weeks, individuals may use their vaccine certificates. These have been issued to almost the entire eligible population and can be downloaded and printed from the HMOs’ websites.

There’s been a heavy demand for green passports, and as a result, there will be delays in issuing them to the public. But most applications have been completed successfully and tens of thousands of Israelis have already received a green passport, in addition to the vaccination certificates. 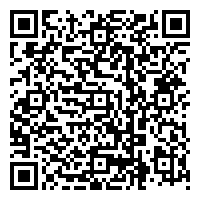