Jordan has cordoned off the Israeli embassy in Jordan and is not allowing embassy officials to leave the country or even the embassy, following the attack inside the embassy’s residence, where a Jordanian national attacked a senior Israeli security officer.

Jordan is demanding they be allowed to interrogate the senior Israeli security officer who shot and killed the Jordanian attacker.


The security officer has diplomatic immunity.

The family of the stabber is demanding the death sentence for the Israeli officer who was defending himself from the terrorist.

It is expected there will be major protests near the Israeli embassy today.

Jordan has still not condemned the recent terror attack in which three Muslim men murdered two Israeli-Druze policemen on the Temple Mount.

In May 2016, a Jordanian national visiting the Old City of Jerusalem was killed after he attack a police officer. Jordan did not condemn that attack either.

Jordan is demanding Israel remove the metal detectors from the Temple Mount placed there after the Muslim-Arab terror attack. 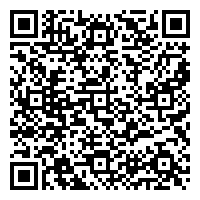