Sweden, Egypt and France have requested an emergency Monday meeting of the UN Security Council to “urgently discuss how calls for de-escalation in Jerusalem can be supported,” Sweden’s Deputy Ambassador to the UN Carl Skau Tweeted Sunday.

According to an official statement issued by the Swedish government on Sunday, “the Swedish government is deeply concerned about the developments of recent days with increased tensions and violence in and around Jerusalem, especially around Haram al-Sharif / Temple Mount. Three world religions have strong roots in Jerusalem, which in 1947 received a special status from the UN.


“It is now imperative that the parties work together to reduce tension and de-escalate the situation, refrain from provocative acts and violence, as well as preserve the status quo regarding the holy places.”

That’s Swedish Diplomatese for “Israel must take down those metal detectors and capitulate to the violent Arab mobs. 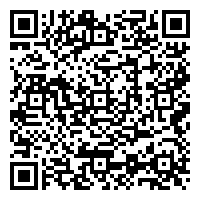