On Sunday early afternoon, United Hatzalah volunteer EMT Ron Cohen was at home in northern Tel Aviv when his communications device began to ring, alerting him to a medical emergency nearby. A few buildings away, a year-and-a-half-old baby girl began choking, and her frantic mother had called United Hatzalah’s Dispatch and Command Center.

“I glanced at my Bluebird communication device and read the address, saw the words ‘choking’ and the baby’s age, and immediately ran out,” said Ron. “I rushed out of my building, completely taken over by the need to help, jumped on my ambucycle, and headed a few doors down the street. I was so determined and driven, I didn’t even notice that I reached the apartment of the choking baby—on the fourth floor—in 35 seconds.”


As Ron arrived, he found some neighbors standing outside the door who had heard the mother’s screams, and ushered him inside. Ron entered the apartment and found a blue-faced baby barely breathing in the arms of her frantic mother.

“All the people there kept thanking me for helping the child and were shocked that I had arrived so quickly,” Ron recalled. “I honestly was so overcome with adrenaline that I didn’t even see what was stuck in the girl’s airways. All I saw was a beautiful baby breathing once again. Most of all, the girl’s mother couldn’t stop thanking me for arriving so fast.”

Ron and the baby’s mother stayed in touch after the emergency, and Ron even returned to visit the baby girl.

Ron reported: “The mother feels indebted to me now, but in reality, I was just doing what any first responder with the training would do if they were nearby when the emergency occurred. I am still in shock myself that I saved this baby’s life so quickly. I am thankful to God for this opportunity to save a life.” 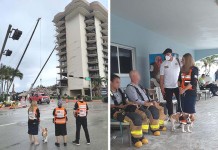 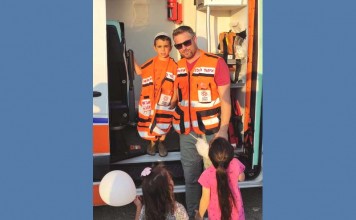 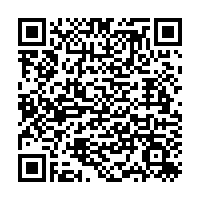