A new layer of massive structures was exposed this summer at Tell es-Safi at the Gath Archaeological Project, igniting the researchers’ imagination on the ties between the findings and the Biblical-story.

The Biblical-era site, said to be the home of the giant Goliath, may give a glimpse into Goliath’s origins.


The massive structures unearthed at the dig date back to the period of King David’s battle with Goliath, as depicted in Samuel I. The new findings are older than previous findings at the site. A quarter-century of excavations at the Philistine site have uncovered a later biblical city that dates to the 10th and 9th centuries BCE. The new fortifications date back to the 11th century BCE and coincide with the Biblical era in which the battle with Goliath is believed to have taken place.

Although there was an academic discussion regarding the exact location of ancient Gath, most scholars now believe that it was located at the site known as Tell es-Safi. The site, situated approximately halfway between Jerusalem and Ashkelon, is one of the largest biblical sites in Israel.

The site has been settled continuously from the Chalcolithic period (5th mill. BCE) until modern times and is, therefore, an important source of archaeological evidence from all periods.

The settlement that has been uncovered throughout the decades-long dig was finally destroyed in the 8th century BCE. The Bible depicts this destruction in Kings II when the Aramean King Hazael sacked the city of Gath. This layer was long thought to have been the biggest, but the new findings show the earlier periods of the city were more impressive, and that the grand city had magnificent fortifications.

The newly uncovered fortifications are nearly double the size of the previous fortifications found at the site, measuring 4 meters (13 feet) wide, compared to only 2-2.5 meter (6.5-8 feet) of the newer layer.

The stones used to build the older layer are much larger and fit nicely with the biblical narrative, which presents the site as the home of a giant and his family. 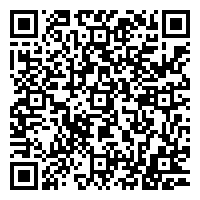