Rabi Chanina ben Dosa and his wife were very poor, yet, their piety and saintliness knew no bounds and because of it G-d would perform many miracles for them. One day Rabi Chanina’s wife complained to him:

“How long more must we continue to suffer such poverty?” she cried in desperation. “We have become so poor that it is beyond description, We have no bread or clothes and every day it is a struggle to keep body and soul together. We have been suffering for so many years that it is about time we called a halt to it.”


“What can we do?” asked Rabi Chanina in desperation.

She replied, “Pray to G-d that He give us a part of the goodness that is reserved for the righteous in the future world.” She then began to cry.

Rabi Chanina took pity on her and he began to pray to G-d. When he completed his prayers, the house suddenly became light with brilliance that blinded the eyes. The ceiling parted and a huge hand descended carrying a golden leg of a table. While they were looking at it dumbfounded, the hand dropped the golden leg on their table and disappeared.

Rabi Chanina’s wife rejoiced at their great fortune and as it was late at night they went to sleep. That night they had a strange dream. They saw in their dream that all the righteous men in Paradise were feasting at gold tables that were standing on three legs, while they feasted at a table standing only on two legs. They realized that the gold leg which was given to them was taken from their table in Paradise.

The following morning Rabi Chanina said to his wife: “Are you satisfied that all the righteous people in Gan Eden should sit at tables which contain three legs while we should have a table containing only two legs? Do you realize we will be enjoying our reward of Paradise in this world?”

The pious woman regretted her actions and she said, “Pray then that the golden leg be taken back.”

Rabi Chanina prayed and suddenly the room became brilliantly lit and a huge hand appeared and snatched the golden leg and disappeared with it. When the sages heard of these miracles they said, “The last miracle was greater than the first. We always knew that the Heavens give but this is the first time we heard that they take back.”

The Miracle Of The Table

Once Friday night Rabi Chanina sat down at his table to eat the Shabbos meal. As he stretched forth his hand to take the challah, the table suddenly fell apart and everything crashed down to the ﬂoor. Rabi Chanina was astounded and he looked at his wife. “Why should this have happened?” he asked his wife.

His wife replied, “I’m sorry, it is because of my actions that this happened. I have sinned. This morning I borrowed some spices from a neighbor and I did not take off maaser from it. Therefore the table fell down so you shouldn’t eat of it.”

“I am glad you told me,” said Rabi Chanina. “After Shabbos I will take of the maaser.”

No sooner did Rabi Chanina utter these words when a miracle occurred. The broken hoards of the table began to reform into their former position. The legs of the table moved into their former place and soon the table was standing upright and all the food appeared on it again. Rabi Chanina then blessed G-d for watching over him to see that he did not commit any sins – even if unintentionally.

His Gift To Jerusalem

Rabi Chanina noticed that the people who lived in his town would always bring karbanos to Yerushalayim and he felt bad that because he was so poor he couldn’t bring anything. But he was determined to bring his share of gifts to the Bais HaMikdash. Walking out into the wilderness he came upon a large stone, which he chipped, chiseled and polished. Then he said, “I am going to bring this beautiful stone near the House of Hashem so the tired and weary can rest upon it from their long journeys.”

He tried to pick it up but it was too heavy. He then went out to seek porters to bring the stone to Yerushalayim. He met five people and he asked them, “Will you help me to do a mitzvah? Will you take this stone for me to Yerushalayim?”

The people looked at the heavy stone and replied; “Yes we will take it with us providing you give us 50 shekalim for our trouble.”

Rabi Chanina had to decline for he had no such money with him. Now what was he to do?

G-d took pity on him and sent down five angels in the guise of porters. They approached Rabi Chanina and said, “We understand that you are seeking people to carry your stone to Yerushalayim. We will do it for you but on certain conditions.”

Rabi Chanina was overjoyed, “What are these conditions?” he asked.

They replied, “We will carry your stone to Yerushalayim for the fee of five shekalim but you must lend a hand and help us.”

Rabi Chanina was elated at the small price requested and he replied, “By all means I will pay you the five shekalim and I will also help you to carry the stone.”

No sooner had the five angels placed their hands on the stone when Rabi Chanina found himself standing in Yerushalayim, at the entrance of the Sanhedrin. When he turned around to pay the men he saw that they had vanished.

He was amazed at these events and he entered the house of the Sanhedrin and asked the sages if they had noticed the five men who came with him. He was also wondering what to do with the five shekalim he owed them.

When the sages heard the story they replied: “These porters must have been messengers of G-d. None but angels could have brought this stone here for you. There is no sense in seeking them, you will not find them.”

When they discovered that they were speaking to the great saint, Rabi Chanina hen Dosa, they exclaimed, “See before you a man diligent in his work, he shall stand before ‘angels’”(Proverbs 22:29). 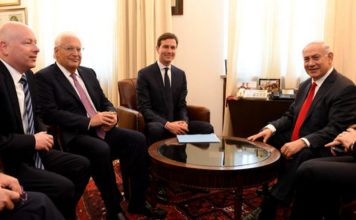 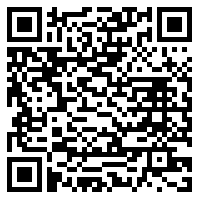