Environmental organizations withdrew a petition that they had submitted to the Supreme Court of Israeli in opposition to the Trans-Israel pipeline. The organizations are concerned about the possible environmental damage that the planned pipeline could cause to the Gulf of Eilat.

The decision came on Thursday as protestors camped outside the Supreme Court building. Demonstrators dressed in masks of Israeli leaders, including Prime Minister Naftali Bennett and Finance Minister Avigdor Liberman. They sat around a table and held a mock feast drinking wine.


The Trans-Israel pipeline, also known as the Eilat–Ashkelon Pipeline, or Europe–Asia Pipeline will be a new oil pipeline in Israel that will connect Eilat on the Red Sea to Israel’s Mediterranean coast at the city of Ashkelon. It is intended to carry oil from Persian Gulf states such as the United Arab Emirates (UAE) that will be sent on from Ashkelon to delivery in European ports.

The pipeline is one of the many new international endeavors that Israel has entered into with both the UAE and Bahrain, two Arab Gulf nations that entered into a peace agreement with Israel in the summer of 2021 known as the Abraham Accords. The oil would otherwise need to travel through the Suez Canal, which has been known to have had logistical problems over the years

Such a pipeline, with all the construction it will require across the country and all of the oil and additional ships that will come to Eilat is a concern for environmentalists who fear that it will harm the area of the Gulf of Eilat. The area is already suffering from ecological problems caused by the port, as well as tourism, that has seen pollution and damage to the coral reef there.

New storage tanks for the oil that is to come have already been constructed alongside the port.

The concern over the project has even led some environmental groups from Israel to go so far as to petition former US Secretary of State John Kerry, who now serves as the US special presidential envoy for climate change, for his help in stopping the project.

But Israel’s Minister of Environmental Protection Tamar Zandberg has given assurances that the government of Israel is committed to preserving the environment and that it will ensure that the project will not lead to new contamination of the area. Zandberg has shown herself to be committed to improving the environment since taking office, especially when it comes to climate change. For example, she has pushed through plans to greatly reduce carbon emissions in Israel in the coming years.

And the State Attorney’s Office announced that the Ministry of Environmental Protection’s position that there will be no additional risk in the Gulf of Eilat is backed by both the Ministry of Justice and the government itself.

Minister Zandberg said of the decision, “The result of the High Court hearing is clear. The policy of the Ministry of Environmental Protection – zero additional risk in the Gulf of Eilat – is arbitrary and existing, and is supported by the state. We will implement it in practice and stop the expansion of EPA activities. The State of Israel was not allowed to become a dangerous and polluting oil bridge. We will continue to protect the unique coral reef and the valuable and sensitive marine and coastal environment.” 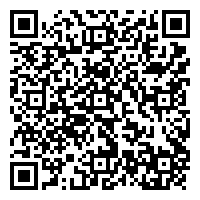