The Ministry of Finance has come out against the planned merger between Bank Mizrahi-Tefahot and Bank Igud (Union Bank) and is trying to torpedo the merger, according to a document received by Matan Hodorov of Channel 10.

The position put forward by Yoel Naveh, Acting Budget Director at the Ministry of Finance, is that the merger between the two banks will reduce the competition in the Israeli banking industry, and increase banking fees and interest rates.

Bank Mizrahi-Tefahot is the fourth largest bank in Israel and Israel’s largest mortgage bank. It’s considered to be a very well-run bank, despite the workers strike this past summer.

Their merger will place them in third place, behind Banks HaPoalim and Leumi.

The Regulator of Banks in Israel strongly disagrees with the Finance Ministry’s position.

The regulator believe that a stronger Bank Mizrahi-Tefahot will shake up Banks Leumi and HaPoalim from where they complacently sit at the top of the banking food chain, and they will be forced to face their first real competition in a long time.

Of course, if the Ministry of Finance is so worried about the lack of competition in the banking industry, the solution is to allow new, private banks to open in Israel.

The last time a new Israeli bank opened was in 1977.

The top-five banks in Israel are:

The smaller banks (and the banks that own them):

There are five foreign banks with offices in Israel with limited operations: BNP Paribas Israel, Citibank, HSBC, State Bank of India, and Barclays. 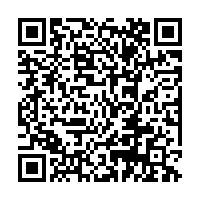