Evelyn Garcia, a Democratic National Committee (DNC) member and candidate for the Florida House of Representatives who accused Israel of “crimes against humanity” and of running “mass concentration camps” in a series of vitriolic emails, has apologized and resigned from the DNC.

Garcia, a Haitian-American elected to the DNC in 2008, sent the emails in 2011, but they were first released by BizPacReview.com after being passed on to South Florida Democrats last week. The emails evince a vicious contempt for Israel and echo the propaganda and trite canards that usually mark those on the radical anti-Israel left.


In an email dated May 24, 2011 Garcia wrote: “Slavery was ended, apartheid was ended and so this occupation must end.”

Two months later, on July 26, Garcia wrote that “by supporting Israeli occupation with US foreign aid, we are all complicit and guilty of their crimes against humanity.

“Palestinians had nothing to do with the Holocaust,” she continued, “and it’s about time this guilt trip was taken off their backs.”

BizPacReview reported that Garcia’s email rants began when she forwarded an email by the radical leftist group Code Pink, titled “Time for a New Middle East Policy,” which lambasted President Obama’s pandering to the “pro-occupation lobby” and announced a conference opposing it.

Local Democrats expressed horror and outrage at Garcia’s words. Loren Londner, one of the recipients of the emails, told BizPacReview that “This kind of speech almost qualifies as hate speech. This should be made public no matter who the person is or what their party.”

Palm Beach County Democratic Chairman Mark Alan Siegel called the emails “grossly inappropriate.” Oddly, Siegel said that he “was shocked by her choice of words,” seeming to imply that it was not Garcia’s views that bothered him, but rather the language she used to convey her views.

Though Garcia resigned from her post in the DNC on Friday afternoon, the controversy has not swayed her intention to run for a seat in the Florida House of Representatives; she is seeking to represent District 88, which includes the heavily Jewish West Palm Beach. She is running against three other democratic candidates for the post.

In her resignation letter to the DNC she wrote: “In passionately advocating my position supporting the rights of people I felt were being harmed, I used language that I now regret. The gist of the conversation had to do with my concern for innocent people being oppressed, but such support for the oppressed does not diminish my support for the good people of Israel.” Amazingly, she seemed to shift the blame for her comments, saying that her “private emails” had been released “by someone I believed was my friend.”

Garcia also emailed a statement to the Palm Beach Post on Friday, writing that her comments were “inappropriate and hurtful” and ” exactly the kind of ugly rhetoric that is not conducive to the overall atmosphere needed to create a prosperous peace.” She also apologized to “members of the Jewish faith whom I have worked with for years.”

Still, the controversy is showing no signs of abating, as some Florida democrats are being accused of knowing about the emails but sitting on them.

While Siegel claimed that he saw the emails for the first time last Monday morning, Liftman said he had known about the emails “for a while.”

Despite sounding contrite in her resignation letter and statement to the Post, Garcia seemed less than repentant in an a statement on Mondoweiss.com, a website that claims to cover Israel from a “progressive Jewish perspective.”

Casting herself as the victim of an unjustified witch hunt, Garcia said she has received a “barrage of hate mail and threats…from places as far away from Palm Beach County as Oklahoma.” Garcia returned to a tone more reminiscent of the emails that got her into trouble in the first place: “Don’t our loyalty and patriotism belong first to our country–the United States of America? Or, did they [the Palm Beach County political action group that released the emails] really intend a conversation among the wider electorate of the extent to which U.S. taxpayers are subsidizing an illegal occupation by Israel? And, who says it’s an occupation and illegal? Well, let me count the ways: numerous United Nations resolutions, J Street, Jewish Voice for Peace, the Presbyterian Church, CodePink, religious and political leaders and public opinion worldwide.”

“How much longer will U.S. taxpayers subsidize the illegal, immoral occupation of Palestinian territories?” she continued. “How about conducting a discussion on that topic instead of persecuting one messenger? Don’t Palestinians deserve their homeland too? After conducting guerrilla warfare and with United Nations votes of nations worldwide, including The Republic of Haiti, Israelis established their homeland some 60 years ago.”

Still, she offered this platitude to balance the “discussion: “The Jewish State of Israel is a legitimate, sovereign nation that I have long admired for its self-determination and generosity to others, including the recent victims of the Haiti earthquake.” 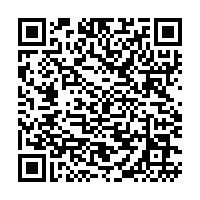