In a Monday State Deartment daily press briefing by Patrick Ventrell, director of the press office, the latter was asked by a reporter for his reaction to the Edmond Levy committee report which recommended legalizing most outposts which until now have been either in legal limbo, or on their way to being demolished. (The transcript was redacted for this report)

The reporter asked: “There’s an Israeli Government appointed committee which was asked to look into the legality of the settlements and has come forth with a ruling saying that they believe that essentially these settlements should be authorized, which is the Prime Minister’s position. The Israeli Government hasn’t accepted this ruling yet, but sort of stands ready to be accepted. Do you take any view on this creeping legalization of the settlement process? And is this useful at this point, ahead of Deputy Secretary Burns and the Secretary’s trip to Israel? Is this the kind of thing that you like to see happening?”


Ventrell: “The U.S. position on settlements is clear. Obviously, we’ve seen the reports that an Israeli Government appointed panel has recommended legalizing dozens of Israeli settlements in the West Bank, but we do not accept the legitimacy of continued Israeli settlement activity and we oppose any effort to legalize settlement outposts.”

Question: “So you would urge the Government of Israel not to accept this panel’s recommendation?”

Ventrell: “My understanding is this is just a panel recommendation at this point.”

Question: “Is that going to be something that Deputy Burns brings up when he’s in Israel?”

Ventrell: “I’m not sure. I can’t read out his meetings in advance.”

Question: “Is it something that you can say that you’re sufficiently concerned about?”

Ventrell: “We’re concerned about it, obviously. The Deputy Secretary will be en route, and let’s see how his meetings go and see if we can report back to you when they’re over.” 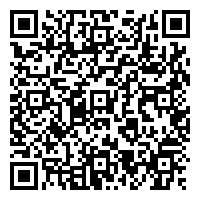