Following the inspection of 14 problematic voting stations, the final count in the elections for the 22nd Knesset changed the seat distribution for two parties. The Likud rose from 31 to 32 seats, while UTJ (Yahadut HaTorah) dropped from 8 seats to 7.

Tallies from 6 stations were completely excluded, after outright vote tampering was discovered in three voting stations in Yarca, one in Saknin, one in Arava and one in Shfaram.

Based on previous voting patterns, analysts expected that this specific distribution change was likely to happen if not all the votes were disqualified from all 14 stations. It’s very likely the parties were also aware that there was a good possibility that this would happen, which may have been part of their consideration as to why they avoided even trying to form a Blue&White-Chareidi coalition .

The end result doesn’t change the balance of power between the Right (55 seats) and the Left (44 seats), with Liberman still at 8 seats, and the anti-Zionist Joint Arab List at 13 seats.

What does significantly change is that Blue&White definitely cannot from a coalition with just their leftwing partners and the Chareidi parties, as now the best they can do together is 60 seats, which doesn’t reach a majority. It is unlikely that the Chareidi parties would sit with the Joint Arab List in a coalition.

Avigdor Liberman has also made it clear he will not sit with the Arab party, which he described as a 5th column, nor with any of the religious parties.

Earlier in the week, Netanyahu declared that he was keeping to his agreement with the rightwing parties to maintain their bloc of 55.

After Netanyahu and Gantz’s meeting with President Rivlin, the Likud and Blue&White have been discussing various ways to form a unity government, including rotations of who sits in the prime minister’s seat first and for how long.

But the best option for Netanyahu is to convince the 5-seat Labor-Gesher party to join his bloc instead, which would create a coalition of 61. It would not be surprising to learn that the Likud has a secret channel open with members of the Labor-Gesher party.

For the Labor-Gesher party, this would actually be their best option. In nearly any other scenario, they will be relegated to the back benches in the opposition, whereas, if they join Netanyahu’s government, they will receive senior ministerial positions and other legislative changes that are important to them. If Israel goes to a third election, their party may simply be wiped out.

The question is, does Labor-Gesher party leader Amir Peretz understand that sitting with Netanyahu is his best option, and if he knows it, can he convince his fellow party members to recognize it too. 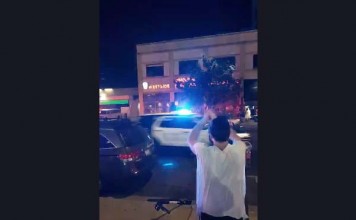