Three senior Mossad officials, whose rank equals that of a General, have announced their retirement following organizational changes and a split between sections led by the new head of the agency David “Dedi” Barnea since his appointment July 1, News 13 reported Thursday night. A fourth senior official and another four or five deputy division chiefs are on their way out. The changes reportedly include closing down sections, opening new ones, and boosting technology and operational sections.


Two of the division heads have already left the agency and two more are in the process of leaving. Sources involved in the details of the story stated that some of the retirees were “on their way up” in the agency, calling them “among the best in the organization.”

Apparently, Barnea believes that some of the sections of the agency were no longer relevant in today’s reality and that a strategic change was needed. Two of the retirees were expected to serve as his deputies.

Barnea, 56, has been part of Mossad since 1996. He enlisted in the IDF in 1983 and served in special force Sayeret Matkal. After his military service, he received a Bachelor’s degree from the New York Institute of Technology and an MBA from Pace University. He then worked as a business manager at an investment bank in Israel. In December 2020, Prime Minister Benjamin Netanyahu decided to appoint him as head of the Mossad, on the recommendation of outgoing Mossad chief Yossi Cohen. Barnea was appointed Cohen’s deputy and director of operations in 2019.

Yedioth Aharonot commentator Ron Ben Yishai pointed out that that the former Shin Bet chief Nadav Argaman also shook up his agency in a similar manner before he recently retired. The goal of Barnea’s reorganization is to streamline the allocation of resources and increase the agency’s professionalism and specialization in its activities.

According to Ben Yishai, both the types of activities and the arenas have multiplied and require tighter management and supervision than before. Barnea wants to shorten response time and expand intelligence coverage to new areas. Clearly, the top of the institution is undergoing a functional and emotional upheaval, but experience shows that in the end, Mossad’s functioning will improve after a period of adjustment. 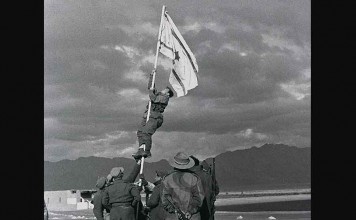