Firefighting forces were rushed to the Prime Minister’s Office in Jerusalem Tuesday afternoon, after receiving an alert call about a hazardous materials event. At this stage, no injuries are known, as needed. Four employees at the office were evacuated to hospital after being exposed to unidentified material. The employees complained that they were not feeling well. Their condition is mild.

Israel Radio reported that the substance they were exposed to was apparently sent in an envelope to the Prime Minister’s Office and was discovered during tests. 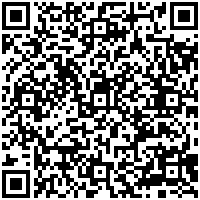