Lapid and his delegation are in the capital city of Rabat for talks with his counterpart, Moroccan Foreign Minister Nasser Bourita aimed at building on the historic Abraham Accords normalization agreement brokered last September by then-US President Donald Trump.

This is the first visit to Morocco in 18 years by a top Israeli government minister since diplomatic ties between the two countries were renewed.

Lapid was slated to inaugurate the Israeli Liaison Office in Rabat.

“For too many years, we let others choose the path of war,” Lapid said in remarks on Wednesday. “Today, we take our destiny into our own hands, and choose the way of peace.

“Today, we choose the path set out by Maimonides (in his book, ‘Eight Chapters’),” Lapid said.

“What did we achieve from all these years, during which the relations between our two ancient and proud nations were severed? Nothing.

“What did our citizens gain? Nothing.

“Today, we are changing this for the benefit of tourism and the economy, for trade and cultural exchange, for friendship and cooperation.

“This moment will improve our lives because that is what peace does. War ends life, while peace cultivates it,” he said.

Accompanying Lapid on the trip is Social Services and Welfare Minister Meir Cohen, who was born in Morocco, MK Ram Ben Barak, the chair of the Knesset Foreign Affairs and Defense Committee, and Alon Ushpiz, Director-General of Israel’s Foreign Ministry. 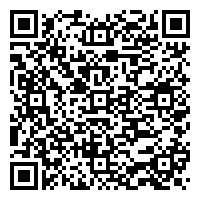